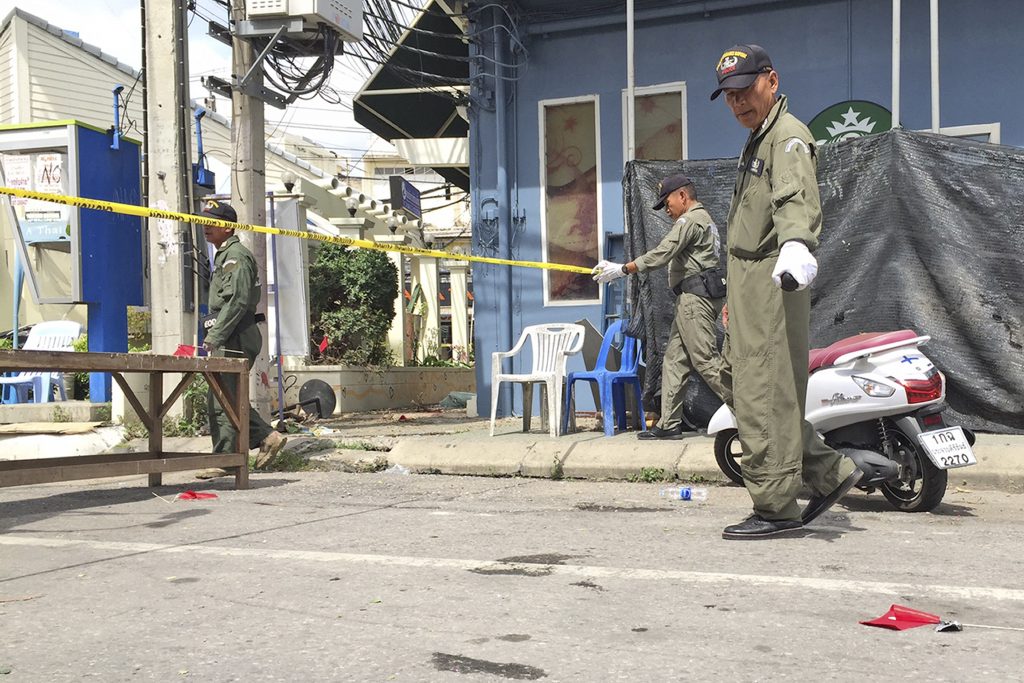 Police identified a Thai man on Friday as a suspect in their investigation into attacks that killed four people and wounded dozens in a wave of bombings in Thailand’s south a week ago.

A Thai military court issued an arrest warrant on Tuesday for a then unidentified suspect for attempting to bomb a beach in the tourist island of Phuket.

Kissana said Ahama has not yet been taken into custody and it was not known if he was still in the country.

“We have only issued one arrest warrant in relation to the bomb attacks, and that is for Ahama. It’s because it is clear that he is linked to what happened,” Kissana told reporters.

No group has yet claimed responsibility for the bombings, which came days after Thais voted to accept a military-backed constitution. Police and the government ruled out any link to foreign terrorists within hours of the attacks and insisted the perpetrators were home-grown.

National police chief Jakthip Chaijinda said the attacks could be linked to the referendum but has not given further details. Suspicion has fallen on domestic political groups including supporters of ousted former Prime Minister Thaksin Shinawatra, who was forced from office in 2006.

While Thaksin’s supporters have not been blamed outright, police said last week the attacks were carried out simultaneously by one group on the orders of one person, but gave no further details.

Lawyers for Thaksin have been instructed to file complaints against those accusing him of orchestrating the blasts.

Thai Defence Minister Prawit Wongsuwan said on Monday the attacks were “definitely not an extension” of an insurgency in the southern provinces that border Malaysia and where Malay-Muslim insurgents are fighting a bloody separatist war.

However, some security experts have noted that southern insurgent groups have a track record for carrying out coordinated attacks.

Kissana said police were working with Malaysia to track down other suspects.

“We have received some answers from Malaysia that are useful and move the case forward,” he said.