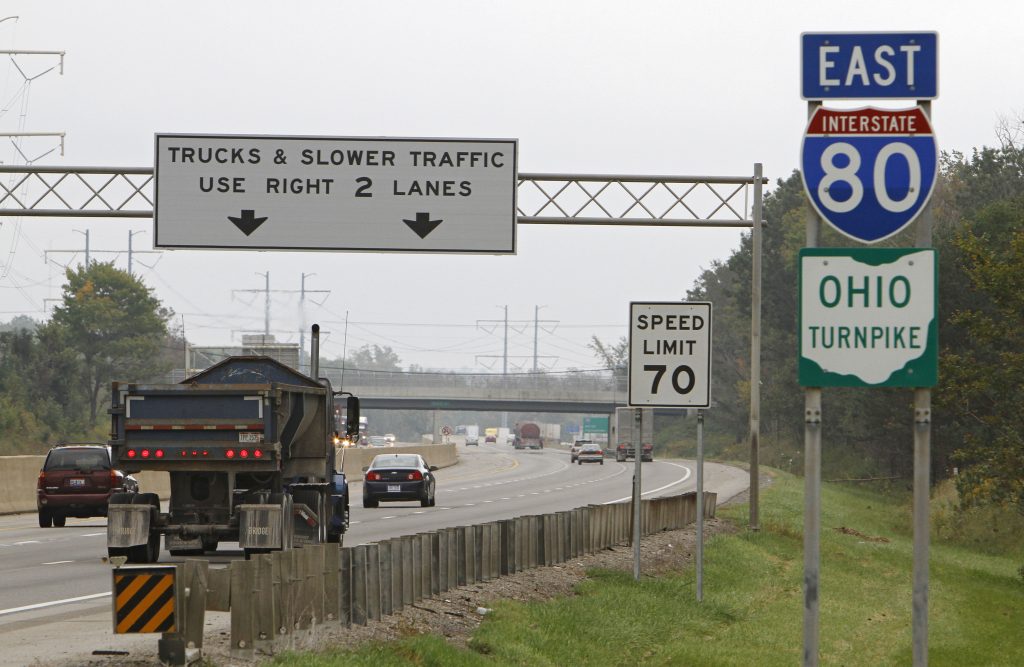 Ohio’s toll road, a heavily traveled connector between the East Coast and Chicago, is moving closer to allowing the testing of self-driving vehicles.

Testing is likely to begin within 12 months, and possibly before the end of the year, the Ohio Turnpike’s executive director told The Associated Press.

Officials overseeing the roadway have spent more than a year looking at the possibilities, said Randy Cole, the turnpike’s director.

Ohio is among several states competing to play a role in the testing and research of autonomous vehicles, which is advancing at light speed.

Ride-hailing service Uber said Thursday that it will start hauling passengers in self-driving cars with human backup drivers on the streets of Pittsburgh within the next several weeks.

Much of the testing, up to now, has been in California along with a handful of Western states and on closed courses, such as one operated by the University of Michigan in Ann Arbor.

More testing is needed in new places and where there’s snow and ice, Cole said.

“It’s got to start happening on real roads,” he said in an interview this week. “That’s part of getting the consumer confidence.”

The Ohio Turnpike, which takes Interstate 80 across northern Ohio and links Youngstown, Cleveland and Toledo, is set up well for testing autonomous vehicles, he said.

It is relatively straight and flat with three lanes in each direction, wider lane markings and space for maintenance and support crews, Cole said.

And the 241-mile highway is less congested than other interstates in Ohio and already has a fiber network along the entire roadway, he said.

Fiber optic lines aren’t necessary for self-driving vehicles that rely on their own GPS systems. But they could allow vehicles connected to the network to relay information ­– such as road conditions – back and forth, or help collect testing data, said Jim Barna, an assistant director with the Ohio Department of Transportation.

“That’s where the fiber optics may come into play,” he said.

The U.S. Transportation Department has said it will propose federal government guidelines for self-driving vehicles later this year.

States also are grappling with how to regulate the technology. Just a handful – including Nevada, California, Michigan and Florida – have approved guidelines for testing.

Because Ohio’s toll road has its own governing authority, it can more easily allow the testing, Cole said.

“We will make sure any vehicle testing is as safe, or safer, than any other vehicle on the road,” he said. “It shouldn’t scare people.”

One possibility already being tested in Europe is called platooning – a tractor-trailer with a driver that’s linked to a self-driving truck following closely behind.

Lowering freight costs will help the state’s manufacturing industries and could create new jobs, Cole said. “This is part of Ohio’s future,” he said.

Republican Gov. John Kasich has been pushing state agencies to take a leading role in the rapidly growing development of self-driving autos.

The state’s highway department is working on creating another testing area along a divided highway northeast of Columbus.

It’s planning to install a fiber optic cable as soon as next spring on a stretch of U.S. 33, Barna said.

The state’s largest city, Columbus, won a $40 million federal grant this summer to put new transportation technologies, including self-driving cars and connected vehicles, into use.