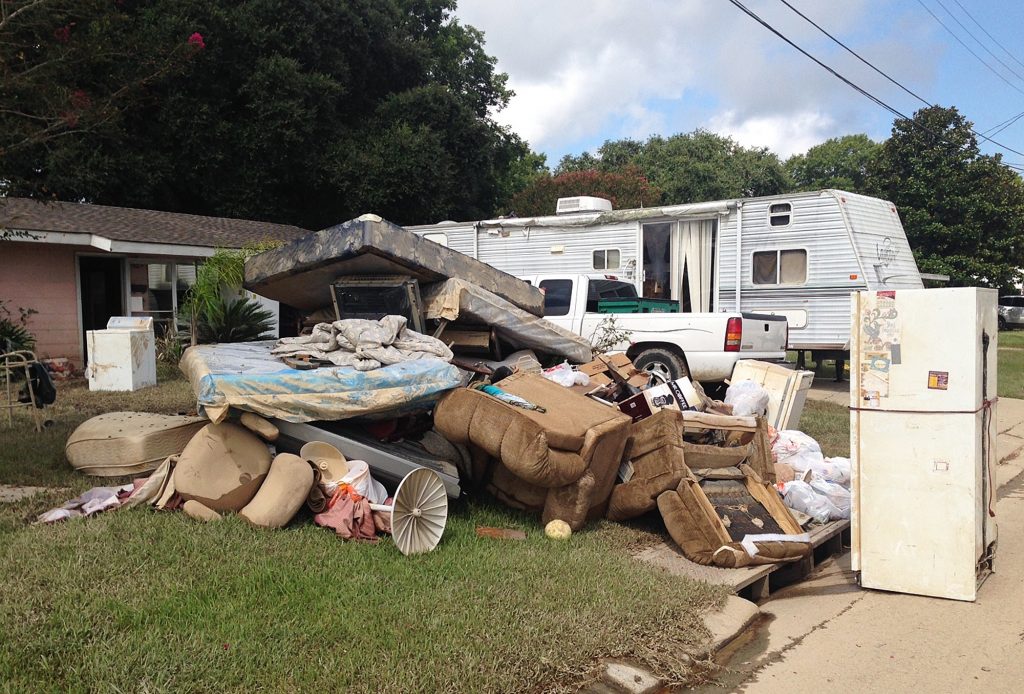 Flooding in Louisiana has displaced thousands of residents, and the Jewish community in Baton Rouge was no exception. Rabbi Peretz and Mrs. Mushka Kazen, who recently co-founded Chabad of Baton Rouge, are part of the community-wide efforts to help friends, neighbors and other residents as large swaths in and around the city are now submerged under swirling water.

“We had been expecting to host people for Shabbos, last week,” says Mrs. Mushka Kazen. “When our guests called on Friday to cancel due to the rain, we realized that things were rapidly getting worse.”

The Kazens packed up their two daughters and drove to New Orleans for Shabbos and Tisha B’Av. “We were driving through ponds of water on the streets,” recounts Rabbi Kazen. “And the roads that we took then are completely impassable today, so we are thankful to have gotten out when we did.”

Rabbi Kazen and his wife have been in constant contact with their community. “More than a dozen people we know have been evacuated with minimal supplies,” he reports. “They need kosher food, clothing and other basics to tide them over in the short term. People at home are also not all able to get out, and everyone needs to know that someone cares for them. Some people need groceries; others need help with paying for their hotels or rentals. Right now, that’s our focus.”

As the extent of the devastation becomes clearer in the days and weeks ahead, the Kazens plan to provide some assistance to help people make their homes habitable once again.

The Kazens are familiar with such rescue efforts. Mrs. Muska Kazen’s own parents, Rabbi Zelig and Mrs. Bluma Rivkin, who have co-directed Chabad of Louisiana since 1973, were central to the Jewish efforts to help beleaguered residents of New Orleans overcome the flooding and related damage that shattered their city in the wake of Hurricane Katrina, in 2005.

“It’s going to be a journey for our community,” says Rabbi Kazen, “but we are here for each other, and I have faith that we will rise above whatever comes our way.”

Based on information from Chabad Lubavitch Media Center