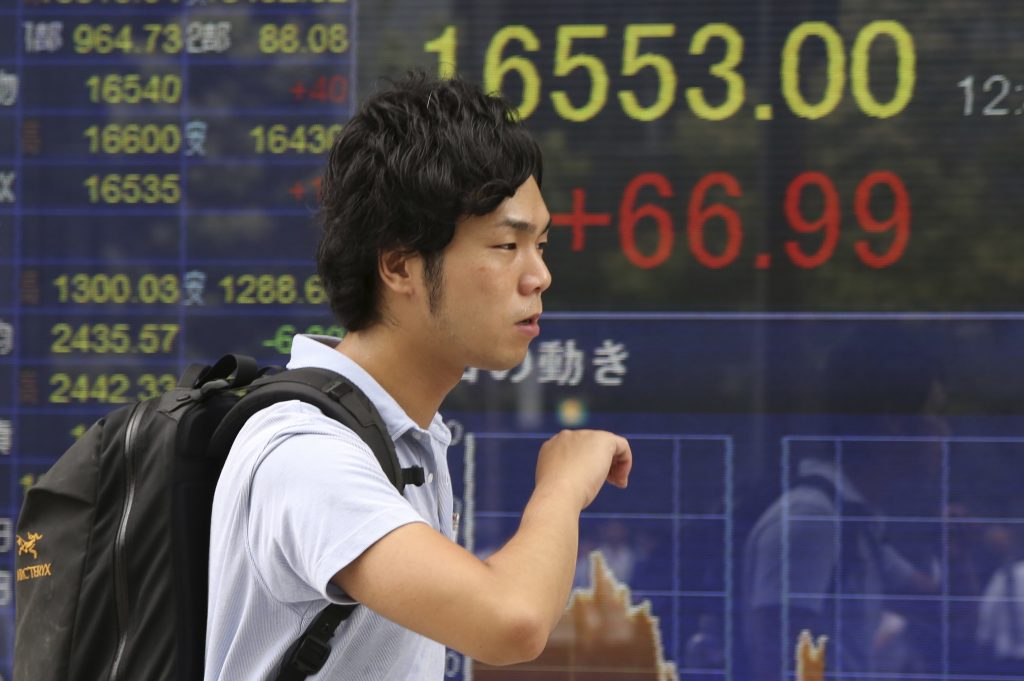 Most Asian stock benchmarks drifted lower Friday as investors hunkered down ahead of a key speech by the Fed chief next week, while Japanese shares rose as the yen weakened.

Markets were mostly subdued in the absence of any major economic data releases. Investors were watching for the Fed’s next move after meeting minutes this week indicated policymakers felt another interest-rates hike was warranted but left out any hint on timing. The next big chance to glean insight from U.S. central bank officials comes in a week’s time, with Fed chief Janet Yellen due to speak at an annual gathering of central bankers in Jackson Hole, Wyoming, on Aug. 26.

Yellen is likely to say the process of raising rates will be “cautious and gradual but leave the impression that the Fed is on track to raise interest rates again this year,” Shane Oliver, head of investment strategy at AMP Capital in Sydney, wrote in a report.

The dollar rose to 100.31 yen, as the Japanese currency gave up some gains. Earlier, the yen broke below the 100-yen mark, hitting its strongest level since October 2013, when it was worth about 120. The yen’s rise has made Japan’s exports more expensive and complicated efforts to revive growth. The euro slipped to $1.1333 from $1.1345.

Oil futures extended gains, with benchmark U.S. crude rising 31 cents to $48.53 a barrel in electronic trading on the New York Mercantile Exchange. The contract gained $1.43, or 3.1 percent, to settle at $48.22 a barrel on Thursday. Brent crude, used to price international oils, climbed 16 cents to $51.06 a barrel in London after jumping 2 percent the day before.