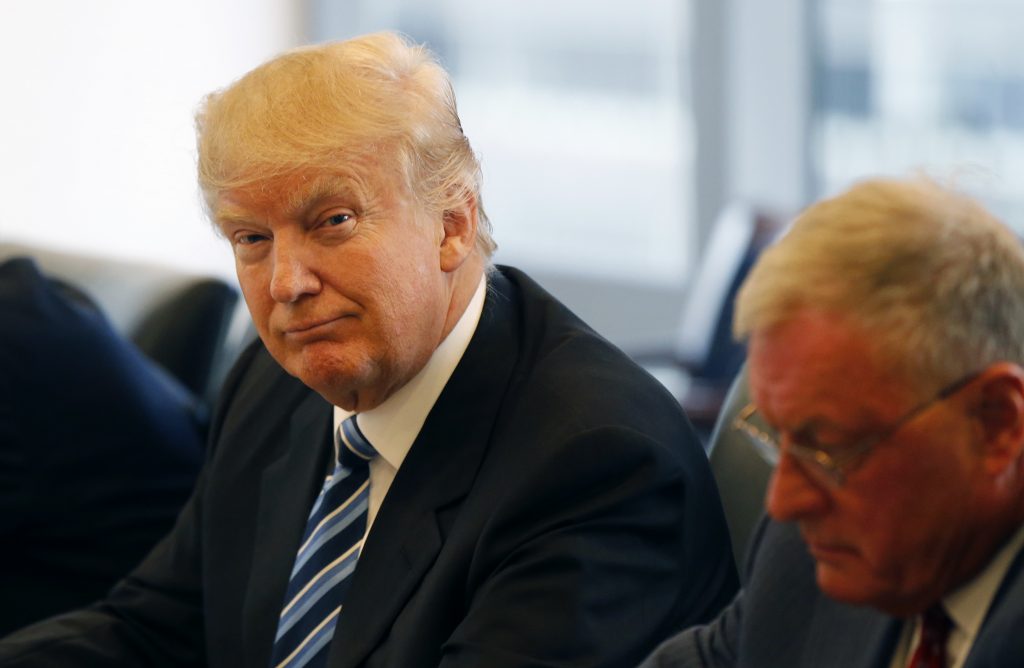 Trump received the briefing Wednesday afternoon in a secure room at a FBI office in New York City. The contents of the briefing were not, of course, disclosed.

Advisers to Trump are encouraging the GOP candidate to press for more surveillance and more information-sharing with local police departments to fight terror threats if he’s elected president.

Former New York City Mayor Rudy Giuliani said he wants Trump to make it clear the FBI should share information with local police departments in the fight against terrorism.

Giuliani says that local police often feel “they’re not getting the information that they need, and they feel like they’re flying blind sometimes.”

Rep. Peter King added that it should be made clear that “the police have to be able to surveil.” He had cautioned earlier that “you shouldn’t call it spying, it’s surveillance.”

Giuliani also said that one of his first actions after being elected mayor was to put police officers in mosques.

Earlier, Trump expressed distrust of U.S. intelligence. Asked whether he trusts intelligence, Trump told Fox News, “Not so much from the people that have been doing it for our country. I mean, look what’s happened over the last 10 years … it’s been catastrophic.”

Trump says he will choose different advisers than the “sort of your standards.”

Democrats have expressed concerns about Trump receiving sensitive information, but Trump says Hillary Clinton is the one who “can’t keep anything private.”