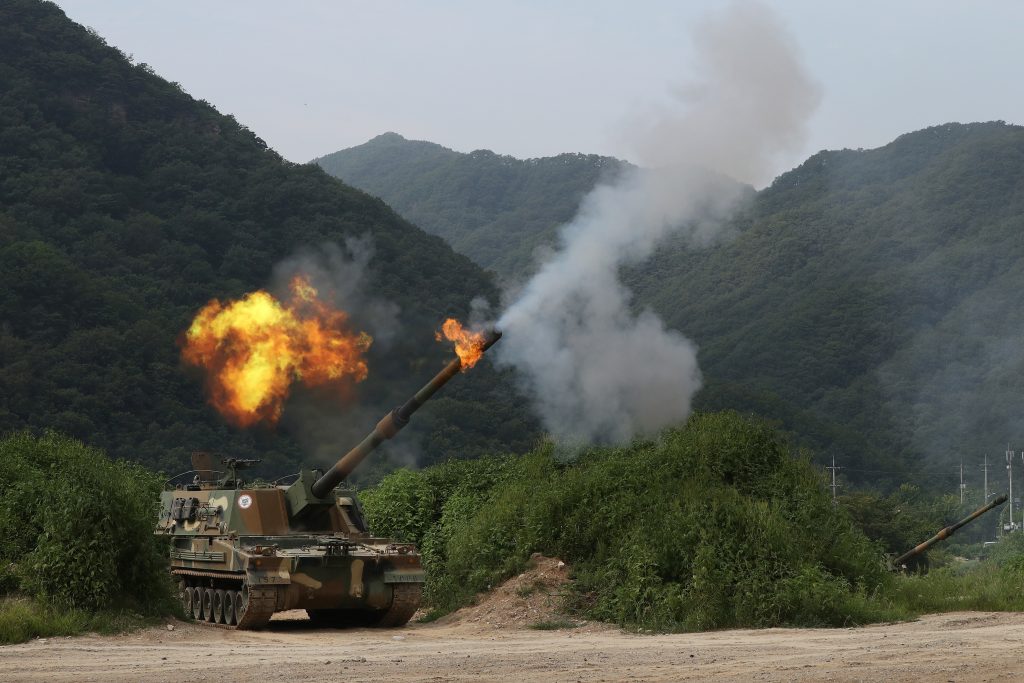 South Korea’s army on Thursday conducted its largest-ever artillery drills near the tense border with North Korea, but there was no immediate military response from the North.

A total of 300 artillery systems deployed by dozens of military units along the border began firing shells simultaneously in multiple directions on Thursday afternoon, an army official said on condition of anonymity, citing department rules.

He said North Korea’s military did not show any signs of unusual activities in response.

South Korea’s front-line army units regularly conduct live-fire drills. But the number of artillery mobilized in Thursday’s drills was the biggest ever, and the simultaneous shooting in all major front-line areas was a departure from previous exercises, the army official said.

The border between the Koreas is the most heavily fortified in the world, and the two countries occasionally exchange gunfire along the frontier. Thursday is the 40th anniversary of a 1976 “ax murder incident” in which two U.S. soldiers were hacked to death by North Koreans during a border area clash over U.S. efforts to trim a tree.

There were no reports of injuries in last year’s artillery firing. Seoul said North Korea fired first, but North Korea denied firing and responded with anger.

The latest drills came a day after Seoul said a senior North Korean diplomat based in London defected to South Korea. The announcement is expected to infuriate North Korea, which typically calls high-profile defectors traitors and accuses South Korea of abducting or luring its citizens to defect.