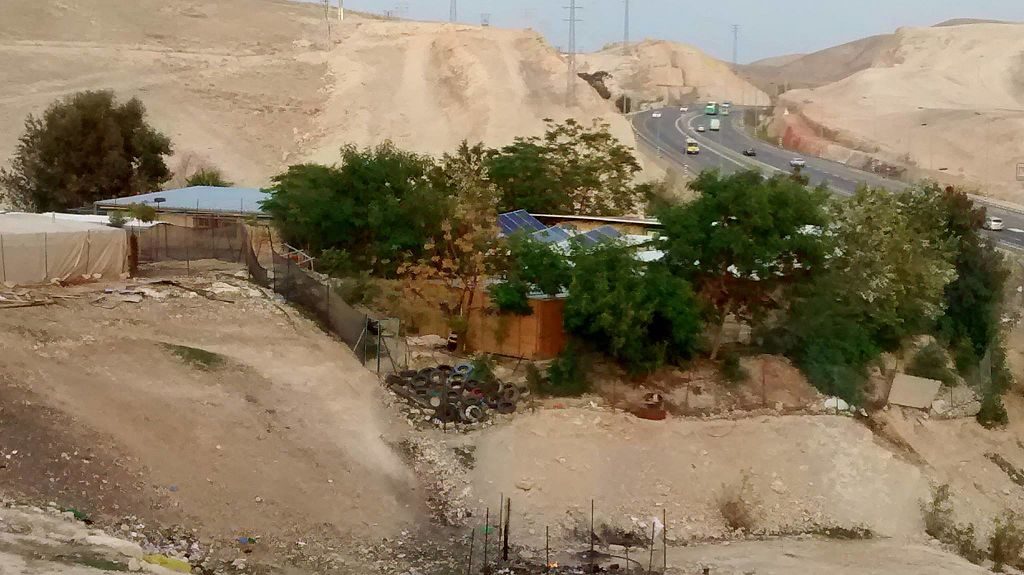 An Israeli crackdown on unauthorized Palestinian and Bedouin housing in Yehudah and Shomron has become an international issue in which the United Nations and the European Union are seeking to intervene.

Some forty-six Palestinian herding and Bedouin communities in Yehudah and Shomron are “at risk of forcible transfer due to Israeli ‘relocation’ plans,” stated David Carden, head of the U.N. regional office for the Coordination of Humanitarian Affairs.

As many as 10,000 locals are vulnerable to state-ordered evacuation to other locations, according to his office. The Israeli government is working on plans for alternative housing, but those plans have not been finalized.

To complicate matters, much of the illegal building is financed by European bodies. In particular, this week international attention was focused on an Italian-funded Palestinian school in Khan al-Ahmar, slated for demolition by the Civil Administration because it was built without permits. On Wednesday, Carden met with local Palestinians in a protest at the site.

Israeli Foreign Ministry spokesman Emmanuel Nahshon said that any aid to the Palestinians in Area C [where the school is located] must be coordinated with Israel. “We are aware that they carry out projects to assist Palestinians, but that doesn’t exempt them from the need for coordination and to receive permits,” he said.

Opponents of the demolitions counter that such permits are exceedingly difficult to obtain, leading to illegal construction.

In the first six months of 2016, Israel demolished or confiscated 91 structures funded by the EU or its member states, more than in all of 2015, the EU said. Since 2009, close to $3 million worth of shelters have been demolished, confiscated or are under threat of demolition.

The fate of the school in Khan al-Ahmar, which serves 162 students, has long been bruited about in the High Court, which is now waiting for an opinion on the matter due next week from Defense Minister Avigdor Liberman.

The encampment of temporary shacks and modular structures is located on a small ridge near Route 1, between Yerushalayim and Jericho.

The school was built in 2009 out of mud and tires, mostly with money from the Italian non-governmental group, Vento di Terra, with the support of the U.N. The school is set to open for the year a week early, ahead of a possible court ruling to approve the demolition. If it does, then it will be a matter of closing the school, not just preventing it from re-opening, which will be politically more difficult.

Right-wing groups and politicians have charged that the encampments are not an heroic attempt to provide housing despite a heartless Israeli bureaucracy, as U.N. and EU officials depict it. Rather, they argue, it is part of a Palestinian Authority strategy to increase its hold in Area C, particularly in the corridor between Yerushalayim and Jericho. The Yerushalayim Periphery Forum points out that many of these communities are located along Route 1, and not by accident.

Attorney Boaz Artzi of Regavim, a right-wing NGO promoting Jewish control of land in the region, told the High Court that the request to cancel the demolition is the result of “international pressure that has been exerted on the prime minister.”

“This is unacceptable international intervention in Israel’s internal affairs,” Arzi wrote to the court.