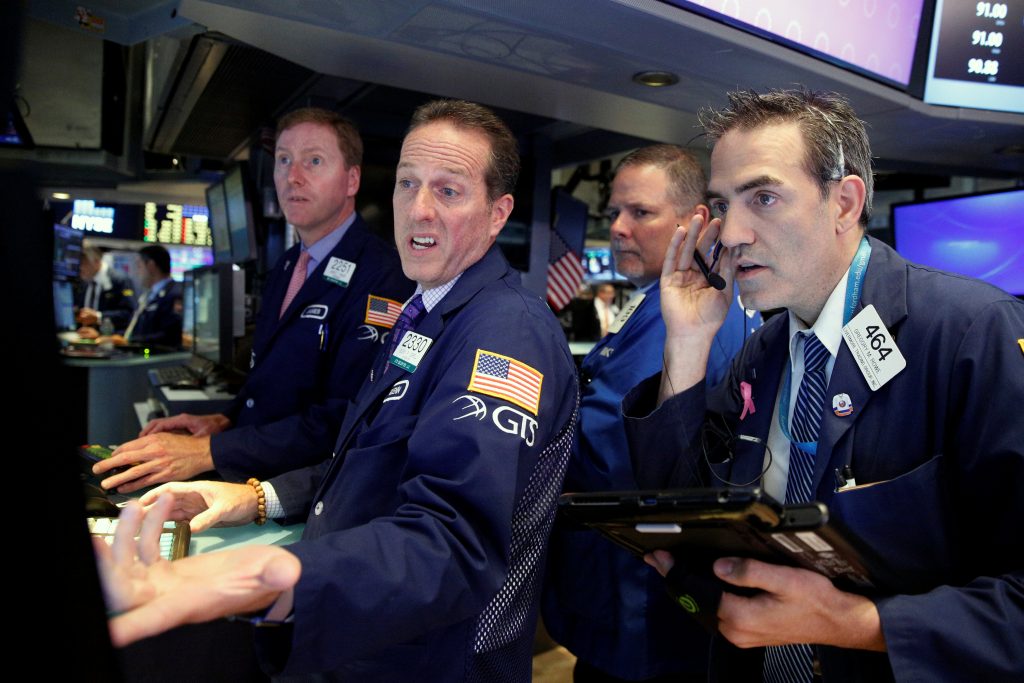 U.S. stocks are trading lower Wednesday as the market inches away from its recent record highs. Retailers including Target, Lowe’s and Staples are skidding after disappointing earnings and forecasts. The Federal Reserve will release minutes from its July meeting in the afternoon.

OFF TARGET: Retailer Target skidded after it cut its annual profit forecast and lowered its estimates for sales at older stores. Target is facing stiff competition and analysts say it’s had trouble with grocery sales. The stock fell $4.72, or 6.3 percent, to $70.76.

LIVING FOR THE CITY: Urban Outfitters jumped after it disclosed solid second-quarter results. Sales at older stores improved, surprising analysts who expected a decline. The stock gained $5.32, or 17 percent, to $36.56.

FLIP TO THE LAST PAGE: Barnes & Noble tumbled after the book seller said CEO Ronald Boire is leaving after less than a year. The company said its board determined that Boire was not a good fit. Chairman and former CEO Leonard Riggio, who was scheduled to retire next month, will stay with the company as it seeks a new CEO.

Barnes & Noble has been cutting costs and closing stores as it copes with people doing more of their shopping online and at discount stores. Its stock sank $1.62, or 12.2 percent, to $11.75.

WAITING FOR MINUTES: Bond prices and the dollar were little changed as investors waited for the Federal Reserve to release the minutes from its July meeting. Investors want to know if the Fed plans to raise interest rates again later this year and the notes could provide insight into those plans. In recent days the Fed’s decision to leave rates unchanged has weakened the dollar, helping exporters.

TURNING OUT THE LIGHTS: Lighting maker Cree forecast disappointing earnings for the current quarter, and its sales estimate was far weaker than analysts expected. Cree shares slumped $3.88, or 14.1 percent, to $23.60.

THAT WASN’T EASY: Staples’ quarterly results were about equal to analyst projections, but the office supply company said its sales will continue to decline in the current quarter and fell 58 cents, or 6.2 percent, to $8.75.

OIL: The Energy Information Administration said U.S. crude oil inventories shrank by 2.5 million barrels last week and gas stockpiles decreased by 2.7 million barrels. The declines were larger than expected, which is generally good for oil prices. But benchmark U.S. crude shed 26 cents to $46.32 a barrel in New York. Brent crude, used to price international oils, inched up 2 cents to $49.25 a barrel in London.

HONG KONG STOCK LINK: China’s Cabinet approved an initiative that would give foreign investors more access to Chinese stocks by linking exchanges in Hong Kong and the mainland city of Shenzhen. Hong Kong is Chinese territory but its financial system is open to foreign investors while mainland markets are sealed off. A similar measure to link Hong Kong with the Shanghai stock exchange took effect in 2014.