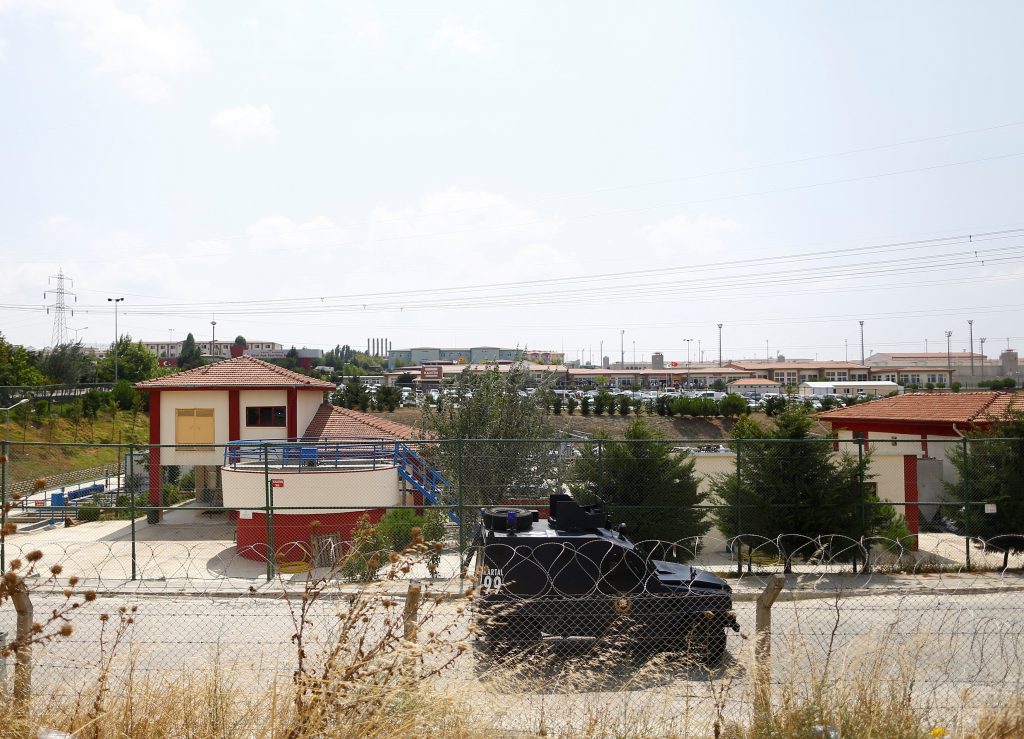 Turkey will release some 38,000 prisoners under a penal reform announced on Wednesday, as the arrests of tens of thousands of people suspected of links to last month’s attempted coup burden overstretched jails.

The reform, extending an existing probation plan, was one of a series of measures outlined on Wednesday in two new decrees under the state of emergency declared after the July 15 failed putsch during which 240 people were killed. The government did not offer a reason for the reform but it appears obvious, since Turkey’s prison population has tripled over the last 15 years. There were 188,000 prisoners in Turkey as of March, some 8,000 more than their system’s current capacity.

Under the penal reform, convicts with up to two years left in their sentences are eligible for release on probation; previously only those with one year left were eligible. The “supervised release” excludes those convicted of terrorism, murder, or other violent crimes.

“This measure is not an amnesty,” Justice Minister Bekir Bozdag wrote of the penal reform. “Around 38,000 people will be released from … jail in the first stage as a result of this measure.”

The decrees, published in the country’s Official Gazette, also ordered the dismissal of an additional 2,360 police officers, over 100 military personnel, and 196 staff members of Turkey’s information and communication technology authority, BTK.

Those dismissed were described as having links to U.S.-based Muslim cleric Fethullah Gulen, whom Ankara accuses of orchestrating the putsch when rogue troops commandeered tanks and jets in an attempt to overthrow the government. Gulen denies involvement in the coup.

Beyond the tens of thousands of civil servants suspended or dismissed, more than 35,000 people have been detained in the purge.  Judges, journalists, police officers, and teachers are among those targeted for suspected links to Gulen’s movement.

Turkish police on Tuesday searched the offices of a nationwide retail chain and a healthcare and technology company, detaining executives whom authorities accuse of helping finance Gulen’s network.

Turkey’s Western allies worry that President Tayyip Erdogan is using the crackdown to target dissent. Angrily dismissing Western concerns over stability in the NATO member, Turkish officials say they are rooting out a serious internal threat.

Another measure decreed that the president can appoint any general or admiral as head of the armed forces, thus removing the requirement that the military chief be a top commander of the army, navy or air force. Under another move, the TIB telecoms authority will be closed.

Erdogan, already accused by critics of creeping authoritarianism before the coup bid, says Gulen and his followers infiltrated government institutions to create a ‘parallel state’ in an attempt to take over the country.

Western criticism of the purge and Ankara’s demands that U.S. officials extradite Gulen have already frayed ties with Washington and the European Union, increasing tensions over an EU deal with Turkey to stem the flow of migrants.

Incensed over a perceived lack of Western sympathy over the coup attempt, Erdogan has also revived relations with Russia, a detente Western officials worry may be used by both leaders to pressure the European Union and NATO.

Measures in Wednesday’s decrees will also enable former air force pilots to return to duty, making up for a deficit resulting from the dismissal of military pilots in the wake of the putsch attempt.

Under previous emergency rule decrees, Turkey had already dismissed thousands of security force members and ordered the closure of thousands of private schools, charities and other institutions suspected of links to Gulen.

Turkey declared a three-month state of emergency on July 21.