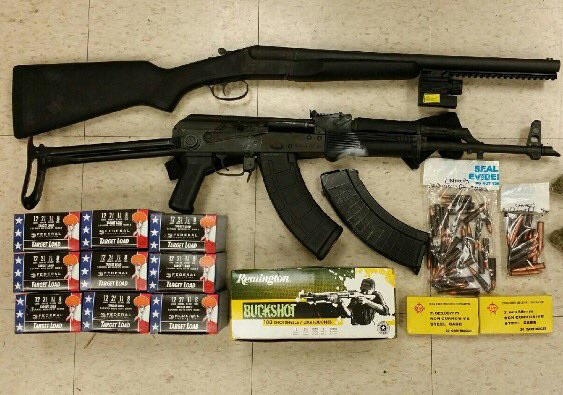 A South Carolina man in possession of two long guns and hundreds of rounds of ammunition was arrested in Manhattan on Tuesday evening, after NYPD officers pulled him over for driving erratically.

At 7:15 p.m. Tuesday, anti-crime officers assigned to the 33rd Precinct observed a red 2000 Dodge Durango SUV driving erratically in the vicinity of Broadway and West 174 Street in Washington Heights, according to the NYPD. The officers pulled over the vehicle, driven by Cleon Cortez of Lorris, South Carolina.

Inside the vehicle, the officers found an Inter Ordnance AK-47 assault rifle, a Stoeger Industries double-barreled shotgun, two 30-round magazines, 325 shotgun rounds, 86 7.62 rounds, and illegal substances. Cortez was arrested and faces a host of charges.