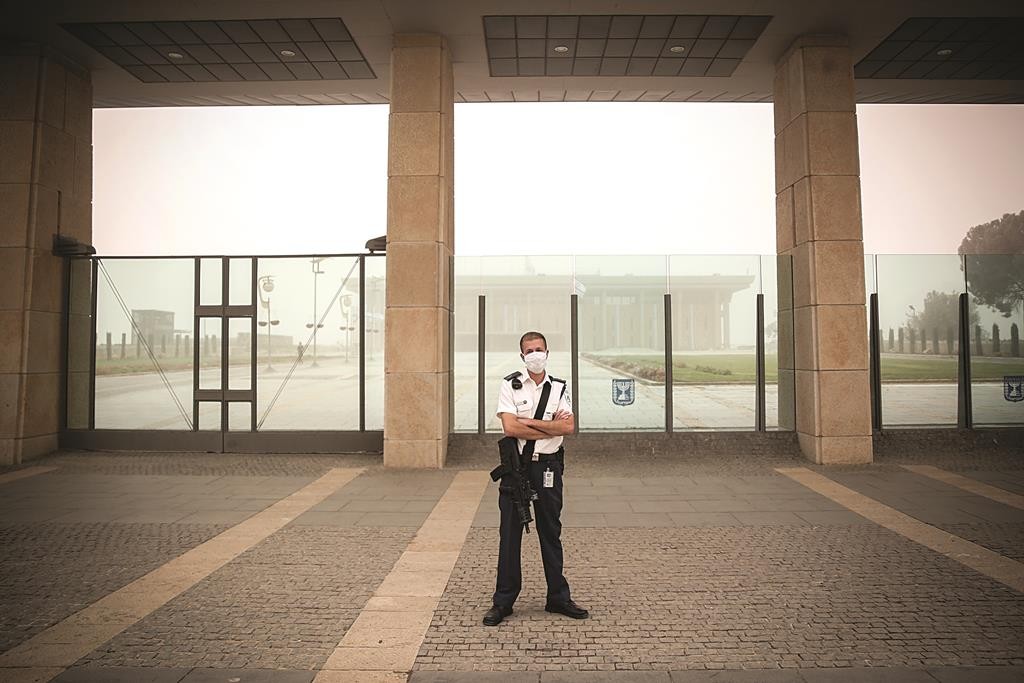 A strike by all local authorities and municipalities that had been threatened for August 31 and would have delayed the opening of schools was canceled, but schools in Yerushalayim are not in the clear yet. Security guards in Yerushalayim said Tuesday that if they did not receive immediate raises and improvements in their working conditions they would strike, effectively keeping schools closed.

Several dozen security guards protested outside the Yerushalayim municipality, saying that they were speaking on behalf of all guards working at schools in the city. The protesters said they were demanding the same salary and benefits package that security guards in other cities get, including pay for summer vacation.

Most of the guards are not members of a union, but instead are contract workers earning not much more than minimum wage. Alex Tancer, chairman of the group representing the workers, said that school security guards – who, after all, perform a much more important job than security guards at government offices – deserve at least the same conditions. Currently, those guards earn on average NIS 6 or 7 more than the school guards.

“All we are asking for is humane working conditions,” said Tancer. “We currently work for minimum wage, but in the past we earned much more,” before the municipality hired private firms that supply contract workers to fill positions that were formerly held by municipal employees. “Most of us here earn 18 agurot above minimum wage for a very risky job. Meanwhile, in far safer Tel Aviv they make NIS 3 over minimum wage. In the summer we do not get paid because there is no work, but because we are technically employed we can’t get unemployment insurance. In addition, there is a shortage of security guards in Yerushalayim – we need about 200 more. We are on the verge of a catastrophe here. These are conditions that need to be fulfilled, or we will strike on September first,” he said.