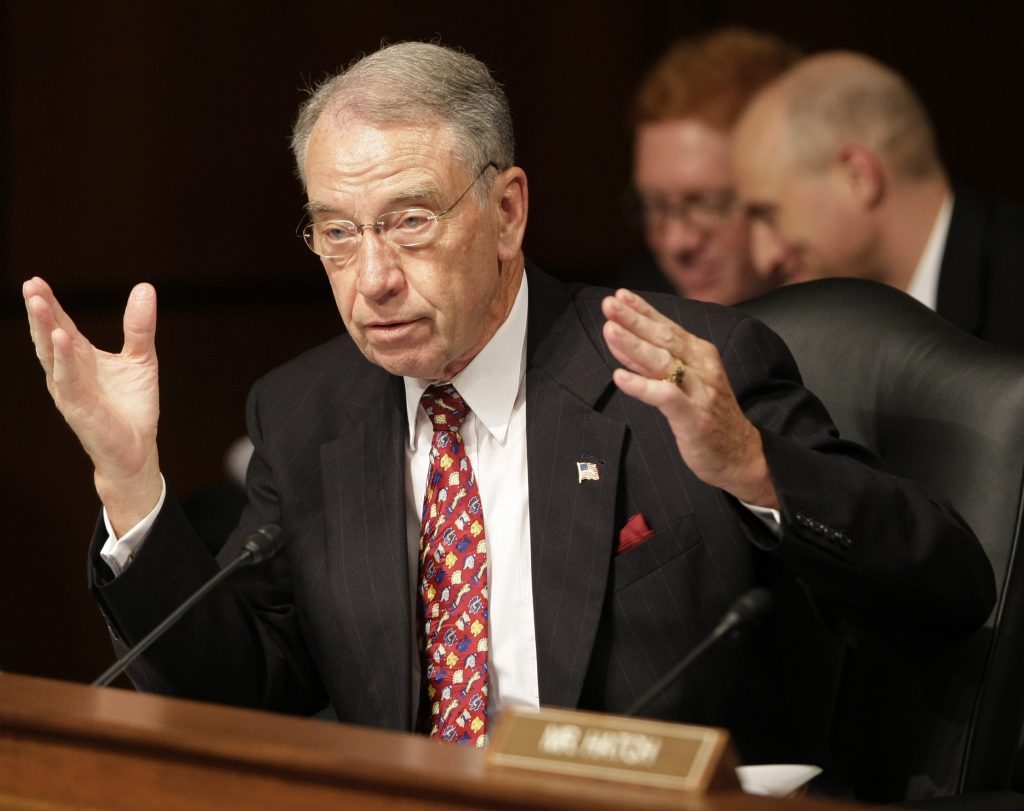 A “substantial amount” of material that the FBI delivered to Congress about the Hillary Clinton email investigation – including a summary of agents’ interview with top aide Huma Abedin – appears to be unclassified, which means it could possibly be released to the public.

Senate Judiciary Committee Chair Charles E. Grassley is calling for Senate officials to separate the classified from the unclassified documents in order to turn over as much information to the public as possible.

Grassley (R-Iowa) said Wednesday that many of the FBI documents appear to be unclassified or are specifically marked as such. He requested that the director of the Office of Senate Security identify and separate the unclassified material so that it might ultimately be released.

“If it isn’t classified, it ought to be public,” Grassley said in an interview.

It is unclear how soon that might happen. Grassley said it might take a significant amount of time to separate classified from unclassified material.

Among the materials the FBI turned over to lawmakers on Tuesday were a 32-page summary of its investigation into Clinton’s use of a private email server as secretary of state; interview summaries – known as “302s” – with Clinton, Abedin and others; and copies of classified emails that were recovered from the server, according to federal law enforcement officials and Grassley.

Right now, the materials are only able to be reviewed by members of Congress in what’s known as a Sensitive Compartmented Information Facility (SCIF), and the FBI issued a statement saying they were being provided with the expectation such material would “not be disseminated or disclosed without FBI concurrence.”

The public release of many of the documents in the FBI’s probe into Clinton’s use of a private email server would be significant, offering prospective voters an even more thorough look into the criminal investigation that has long dogged the Democratic presidential nominee. While FBI Director James B. Comey has said publicly his investigators concluded neither Clinton nor her aides should face criminal charges because of the server, he has also called her conduct “extremely careless” and suggested those who acted as she did might face severe professional consequences.

The release of more details about the bureau’s probe would likely provide details that Clinton’s opponents could use as political fodder, even though they ultimately led the FBI to conclude she did not intend to mishandle classified information, nor was she criminally negligent.

In a letter to the director of the Office of Senate Security Wednesday, Grassley wrote that the FBI’s interview summaries of agents’ conversations with Abedin and several other witnesses “appear to be entirely unclassified, as there are no header or footer markings on each page and every paragraph is portion marked as UNCLASSIFIED.” Grassley wrote that of the 32 pages in the FBI’s “Letterhead Memorandum” summarizing the investigation, fewer than a dozen and a half paragraphs were marked “SECRET,” and the rest were marked “UNCLASSIFIED/FOUO,” or for official use only.

Grassley asked the Office of Senate Security Director to provide a copy of the unclassified FBI documents, and noted his staff had asked the FBI confirm certain documents were unclassified. As to whether the FBI might block him from eventually releasing those, he said, “I hope that issue doesn’t come up,” and noted Comey had on multiple occasions promised to offer transparency on this case.

“I don’t think we should have any trouble getting the . . . unclassified stuff made public,” Grassley said.

The bureau has come under fire for its decision to turn anything over to Congress – a highly unusual step that the agency said is “consistent with our commitment to transparency with respect to the FBI’s investigation of former Secretary of State Clinton’s use of a personal email server.”

Rep. Adam Schiff (D-Calif.) said in a statement, “This will neither serve the interests of justice nor aid Congress in its responsibilities and will merely set a precedent for the FBI to turn over closed case files whenever one party in Congress does not like a prosecutorial decision.

This has been done in the name of transparency, but as this precedent chills the cooperation of other witnesses in the future, I suspect the Department of Justice will later come to refer to it by a different name – mistake.”

Brian Fallon, a spokesman for Clinton’s campaign, said the handing over of documents was “an extraordinarily rare step that was sought solely by Republicans for the purposes of further second-guessing the career professionals at the FBI.” But he added that “if these materials are going to be shared outside the Justice Department, they should be released widely so that the public can see them for themselves, rather than allow Republicans to mischaracterize them through selective, partisan leaks.”

Rep. Jason Chaffetz, who has been among the legislators aggressively pushing for more information on the Clinton case, said Wednesday, “Clearly, there are things that could and should be made public. Even [Clinton is] asking for that.” But he added that his staff would look at the materials inside the secure facility to prevent leaks.