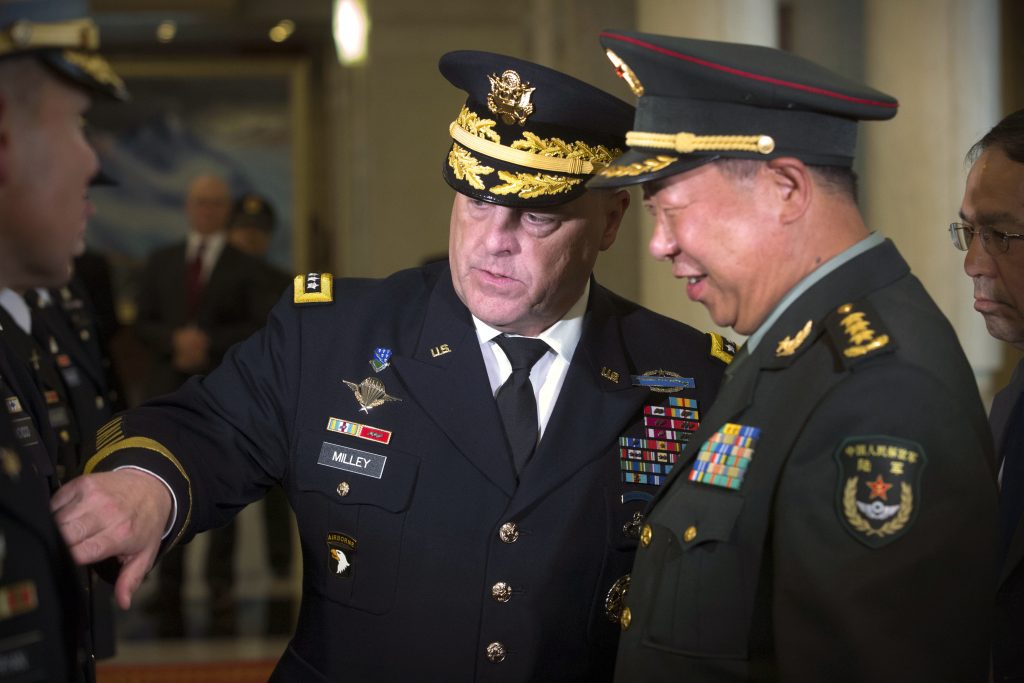 The U.S. Army chief of staff told Chinese officials during a visit Tuesday that China should not feel threatened by American ally South Korea’s decision to deploy a powerful U.S. missile defense system.

Gen. Mark A. Milley met with his Chinese counterpart, General Li Zuocheng, and other senior People’s Liberation Army leaders amid strong Chinese protests over the decision to base the U.S. Terminal High Altitude Area Defense, or THAAD, system south of Seoul, the South Korean capital.

Milley reiterated the American position that the defense system is intended to destroy possible North Korean missiles and not to track missiles inside China. Milley said THAAD is not a threat to China, the U.S. Army said in a statement.

Chinese state media have published daily attacks against the U.S. and South Korea over the missile defense system, and China has canceled events involving South Korean entertainers. China also appears to be withholding support at the United Nations for condemnations of North Korea’s missile programs.

According to the U.S. Army statement, Milley told Chinese officials the U.S. was committed to following international rules “and encouraged the Chinese to do the same as a way to reduce regional tensions.”

Highlighting the issue, the interior minister of Taiwan, one of the six governments to claim territory in the South China Sea, planned to travel to Taiping Island where it maintains a garrison.

Tensions have also spiked in recent days between China and Japan over a chain of uninhabited islands controlled by Tokyo but claimed by Beijing. Japan last week called in the Chinese ambassador to protest a large increase in the number of Chinese coast guard and fishing ships operating in waters surrounding the islands, called Senkaku by Japan and Diaoyu by China.

Following his Beijing meetings, Milley is to travel to South Korea to meet with U.S. troops and hold discussions with South Korean military leaders on the THAAD deployment and other issues. He then is to travel to another key U.S. ally and Chinese rival, Japan.