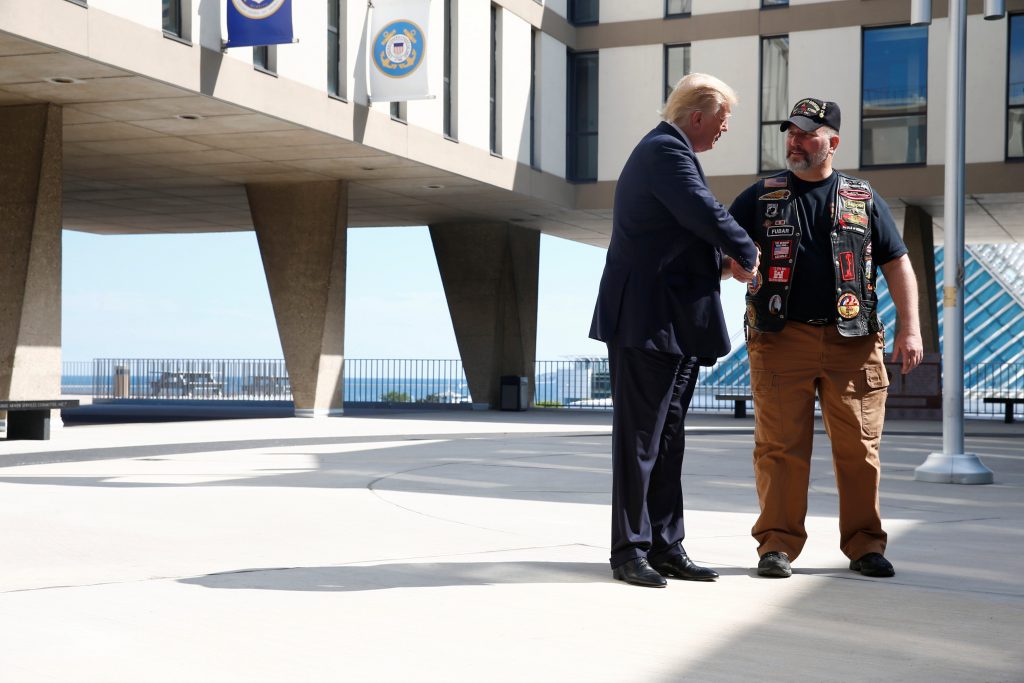 U.S. Republican presidential candidate Donald Trump, visited Milwaukee on Tuesday, days after the city was hit by unrest over the fatal police shooting of a black man, and said that initial evidence pointed to the shooting being justified.

Trump, who has been vocal in support of law enforcement during a spate of protests around the country over high-profile police shootings, spoke on Fox News about his plans to address the unrest during a town hall meeting on Tuesday in the Wisconsin city.

“It’s law and order. We have to obey the laws or we don’t have a country,” said Trump. “We have a case where good people are out there trying to get people to sort of calm down and they’re not calming down and we have our police who are doing a phenomenal job.”

Unrest broke out in the city on Saturday night after the death earlier in the day of Sylville Smith, 23. Authorities said Smith was stopped for acting suspiciously and then fled, and was shot by police because he was carrying an illegal handgun and refused orders to drop it.

“But the gun was pointed at [a police officer’s] head, supposedly ready to be fired. Who can have a problem with that? That’s what the narrative is,” Trump told Fox News. “Maybe it’s not true. If it is true, people shouldn’t be rioting.”

Trump held a roundtable discussion on Tuesday afternoon with Milwaukee County Sheriff David Clarke and Inspector Edward Bailey — but news media representatives were escorted out and not permitted to hear the discussions. Trump took a brief tour of the county’s war memorial and posed for pictures with veterans.

Clarke, who is black and who spoke last month at the Republican National Convention, has been blunt in his assessment of the unrest, writing in an opinion piece for The Hill, “it was a collapse of the social order where tribal behavior leads to reacting to circumstances instead of waiting for facts to emerge.”

Meanwhile, officials from the Office of Director of National Intelligence are expected to give Trump a wide-ranging briefing on national security issues this week, an adviser to Trump and a source familiar with the matter said on Tuesday.

Presidential candidates are entitled to receive a briefing of classified information after they formally secure the nomination, which Trump did last month.