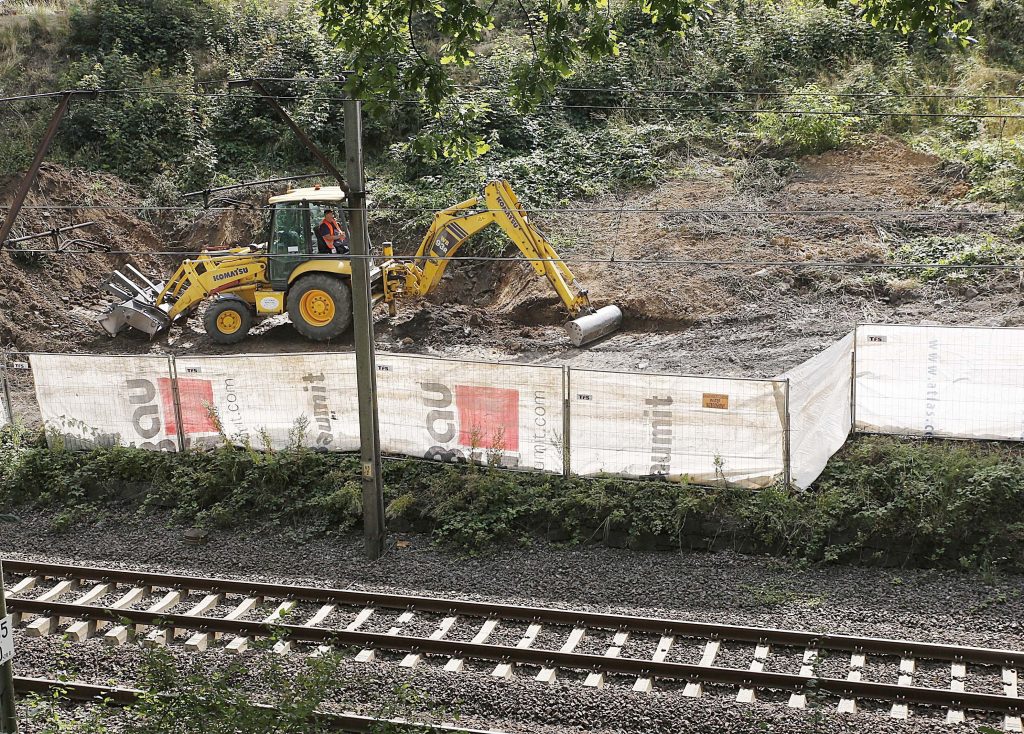 Explorers in Poland began digging Tuesday for a legendary Nazi train laden with treasure and armaments, dissuaded by decades of fruitless searches and a scientific determination that no train is even there.

The search in southeastern Poland attests to the power of a local legend claiming a Nazi “gold” train disappeared in a mountain tunnel as the Germans escaped the advancing Soviet army at the end of World War II.

As the dig got underway, a yellow excavator moved earth along railroad tracks above the spot where two explorers believe the train is buried. The work is expected to last several days.

The two men claimed last year to have located the elusive train with radar equipment below ground in the city of Walbrzych, sparking a gold rush in that area.

A government official initially said he was “99 percent sure” the train was there, but geological experts using magnetic equipment found no train on the spot.

Historians say the existence of the train, which is said to have gone missing in May 1945, has never been conclusively proven. Polish authorities nonetheless have seemed eager to check every possibility of recovering treasures that have sparked local imaginations for decades.

The legend claims the train was armed and loaded with treasure and disappeared after entering a complex of tunnels under the Owl Mountains, a secret project known as “Riese” — or Giant — the Nazis never completed.

The area belonged to Germany at the time, but has been part of Poland since the borders were moved in the postwar settlement.