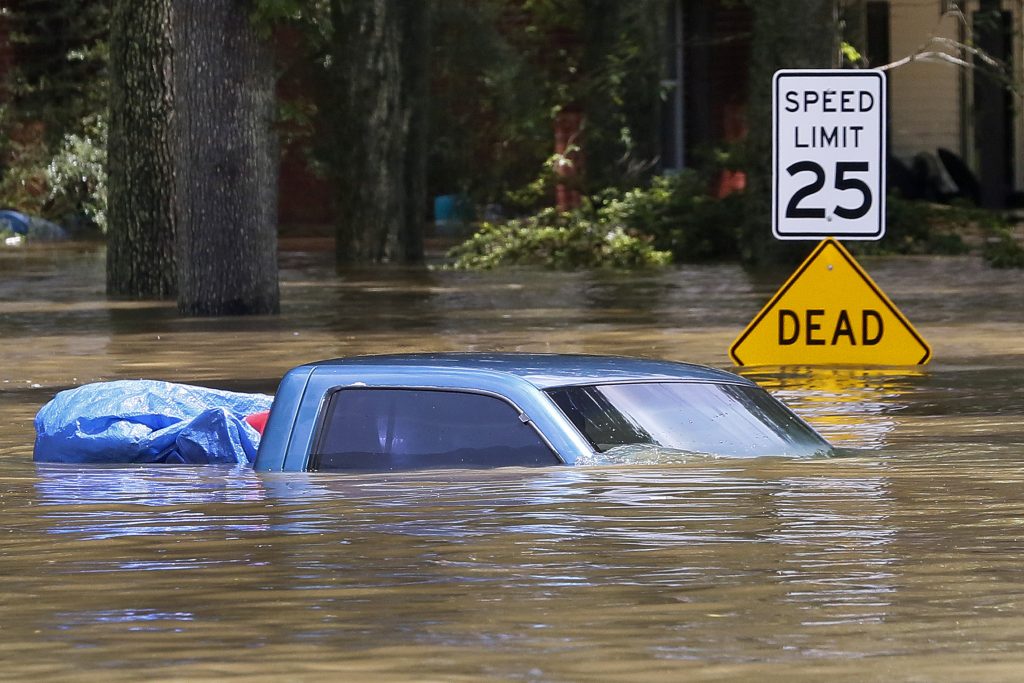 As waters begin to recede in parts of Louisiana’s capital city, some residents struggled to return to flood-damaged homes on foot, in cars and by boat. But though the rain had mostly stopped, new places in the state faced flood dangers from the deluge that has sent thousands into shelters.

Rivers and creeks were still dangerously bloated in areas south of Baton Rouge as people filled sandbags there to protect their houses, bracing for the worst as the water worked its way south. In one area, Ascension Parish, officials said some small towns have already been inundated.

Several deaths have been reported and more than 20,000 have had to be rescued since Friday in some of the worst flooding the state has ever seen. And at least 11,000 have hunkered down in shelters to wait out the floods.

The slow-moving, low-pressure system that dumped more than 20 inches of rain on some parts of Louisiana was crawling into Texas, but the National Weather Service warned the danger of new flooding remained high due to the sheer volume of water flowing toward the Gulf of Mexico.

In and around Baton Rouge, many were anxious to check on damage.

Authorities late Monday said a body had been pulled from floodwaters in Baton Rouge, raising the toll to seven dead.

Casey Rayborn Hicks, a spokeswoman for the East Baton Rouge Parish Sheriff’s Office, said a volunteer patrolling in his boat Monday found the victim in front of a library, though the manner of death and the person’s identity still awaited confirmation.

Despite the dangers, people have ventured out.

In a state more accustomed to hurricanes, forecasters said the rains were nearly off the charts in intensity. Meteorologist Ken Graham of the National Weather Service’s office in Slidell, near New Orleans, said forecasters had alerted residents days ahead of the rain. Yet the forecasts Thursday were for 8 inches of rain, with higher totals expected in some areas.

One town, Zachary, received more than 2 feet of rain in a 48-hour period that ended Saturday morning. Another, Livingston, got nearly 22 inches over the same stretch. Rivers in the region reached historic highs — occasionally shattering old records dating to 1983 floods.

As the scope of the disaster became clear, schools and other places opened to take evacuees. Shelters filled up so fast that some slept on the floor because not enough cots had arrived. And some shelters had to shut down when they also took on water.

Volunteers have been dropping off supplies and food like jambalaya or red beans and rice at shelters. They have also been going out in boats — locally referred to as the “Cajun Navy” — to rescue people, supplementing the efforts of National Guardsmen, state officials and Coast Guardsmen deploying in high-water vehicles, boats and helicopters.

“You’ve got all of these people who hunt and fish who have more experience than the average first responder,” he said.

“But I’m very proud of the effort we’re making. More than anything else, I’m proud that Louisianians are taking care of their own and people are being neighbors to one another,” he said.