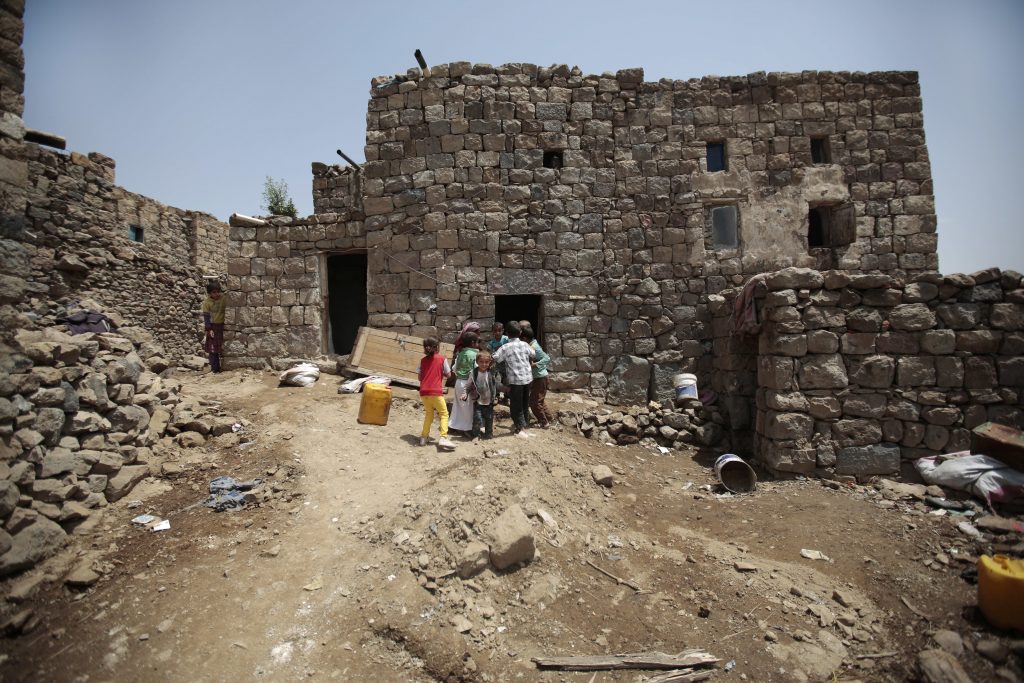 Screams rang out through the hilltop village outside Yemen’s capital after 10-year-old Youssef al-Salmi set off a bomb he had found in a field, perhaps thinking it was a toy.

He became the latest of several Yemeni civilians to be killed by unexploded ordnance from the country’s ongoing civil war, which pits Saudi and U.S.-backed government forces against Shiite Houthi rebels.

The conflict has killed more than 9,000 people, displaced 2.4 million, and destroyed much of the already limited infrastructure in the Arab world’s poorest country. U.N.-backed peace talks held in Kuwait collapsed earlier this month.

Rights groups and U.N. agencies have expressed concern that even if the fighting is brought to an end, the country will still grapple with a brutal legacy of unexploded munitions, including bombs dropped by Saudi-led warplanes in and around the rebel-held capital, Sanaa, and in the Houthis’ northern heartland.

They say most of the deaths to date have been caused by the Saudi-led airstrikes, and blame the United States and Britain for supplying weapons and providing logistical support for the bombings.

Amnesty International said its researchers found thousands of unexploded munitions in northern Yemen following a 10-day tour of the region earlier this year.

“The lives and livelihoods of civilians, including young children, continue to be on the line in Yemen,” said Lama Fakih, an adviser at Amnesty. “They cannot live in safety until contaminated areas in and around their homes and fields are identified and cleared.”

Amnesty said 16 Yemeni civilians, including nine children, were wounded or killed by cluster munitions between July 2015 and April 2016. Such munitions scatter small, explosive balls across a wide area. In Yemen and in other conflict zones, children have been known to stumble upon undetonated balls or mistake them for toys, resulting in deaths long after the fighting has ended.

The July 20 blast that killed Youssef and wounded a 13-year-old friend took place inside Hasn Faj Attan village, which lies near a military base that housed a vast arsenal. Saudi-led airstrikes on the base caused a series of powerful explosions in April 2015, blanketing the skies over the rebel-held capital with thick black smoke and smashing the windows of high-rise buildings.

Several mud-brick houses in Hasn Faj Attan were buried under a hail of rocks and explosives. More than 80 soldiers were killed, and at least 12 villagers were wounded.

Youssef’s father, Nasser al-Salmi, said the warplanes came one after another, raining missiles and bombs over the entrance to the base. Another villager, Ahmed Garadi, who was struck in the head by a rock, recalled how “houses toppled and people screamed for help.”

Yemen’s ill-equipped demining agency began clearing work in April in the northern cities of Saada and Hajja but had to stop after three of its members were killed in an explosion, Amnesty said.

Some 40 trucks were sent to cart away explosives from in and around Hasn Faj Attan earlier this year. The U.N.’s de-mining coordinator for Yemen, Ahmed Allawi, told The Associated Press that up to 7,800 pieces of unexploded munitions were retrieved from the area, including from Youssef’s village.

The mine-clearers missed the small, metal ball that Youssef picked up and then smashed with a rock as his friends watched. The boy survived on life support for five days, but the doctors could not save him.