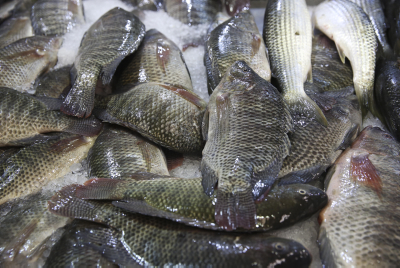 Fish growers have come to an agreement with the Agriculture Ministry on a deal to allow imported fish into the country at a discounted import duty. According to the deal, duty on imported fish will be halved, and Israeli growers will receive NIS 30 million in support payments, as well as an extra insurance net of NIS 12 million, to enable them to remain competitive.

That phase of the deal will last for 18 months. After that, the Ministry will examine the impact of the duty cut on Israeli fish growers, with an eye towards cutting duties even further. At the same time, the government will spend NIS 70 million to revamp 100 fish growing facilities.

The deal comes after numerous protests by growers against the government’s plans to open the fish market to duty free imports. Finance Minister Moshe Kachlon is keen on implementing the program, which he believes will help cut food costs and lead to a fall in the cost of living. The tax-free rules will apply to the most popular varieties of fish in Israeli markers, including flounder, tilapia, carp and others.

Fish that are currently charged a duty of NIS 5 per kilo will see the duty eliminated immediately, while others will have their customs halved, to disappear altogether within the 18-month period. Statistics show that 90 percent of the fish sold in Israel is imported, and of the 30 fish growers in Israel, 12 are responsible for 80 percent of the remainder.