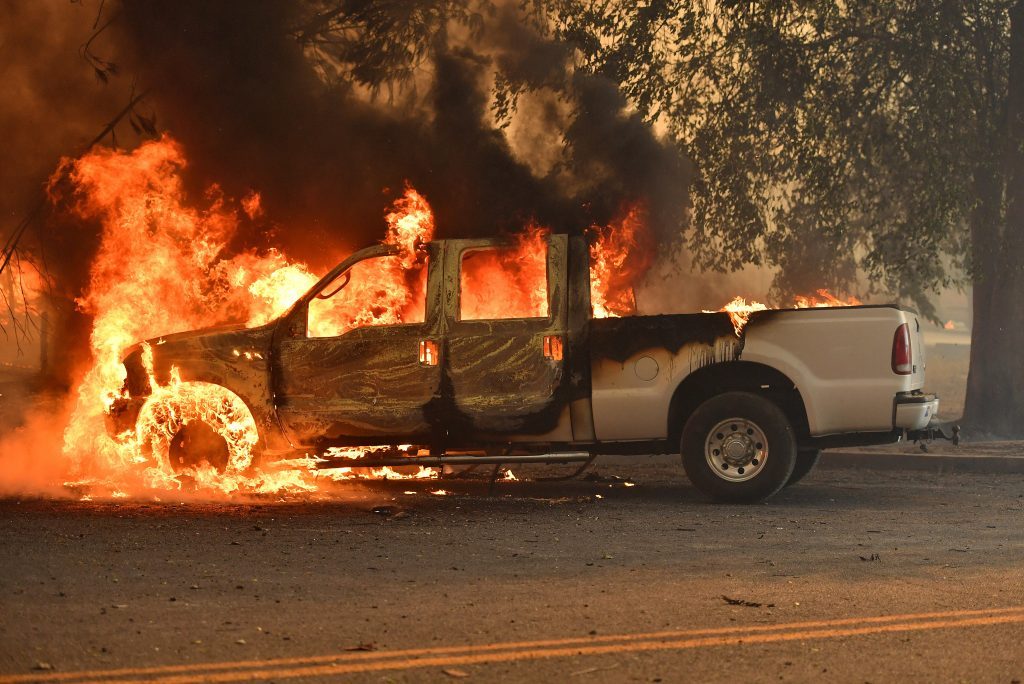 A wind-whipped wildfire roared through a Northern California town, wiping out more than 100 homes and businesses and forcing thousands of people to flee, authorities said Monday.

The fire seemed calm Sunday before gusts kicked up the flames that tore through neighborhoods in Lower Lake, a rural town about 90 miles north of San Francisco, officials said. No one was injured, but it reached Main Street and burned the post office, a winery, an antiques store, a historic firehouse and the Habitat for Humanity office.

“This fire roared through the city like a wave of water — it was a wave of fire that came through here,” said Lt. Doug Pittman, a Marin County sheriff’s spokesman working on behalf of the forestry department.

The blaze was one of 11 large wildfires in the state, where high temperatures and parched conditions brought on by a five-year drought raised the fire danger. In central California, a two-day-old wildfire destroyed 12 structures, damaged others and threatened 200 homes.

Spokesman Daniel Berlant said more than 100 homes burned but didn’t have the exact breakdown of residences, businesses and other buildings lost. At least 1,500 more structures were threatened.

Forecasters warned of high fire danger in Southern California because of a heat wave and gusty winds.