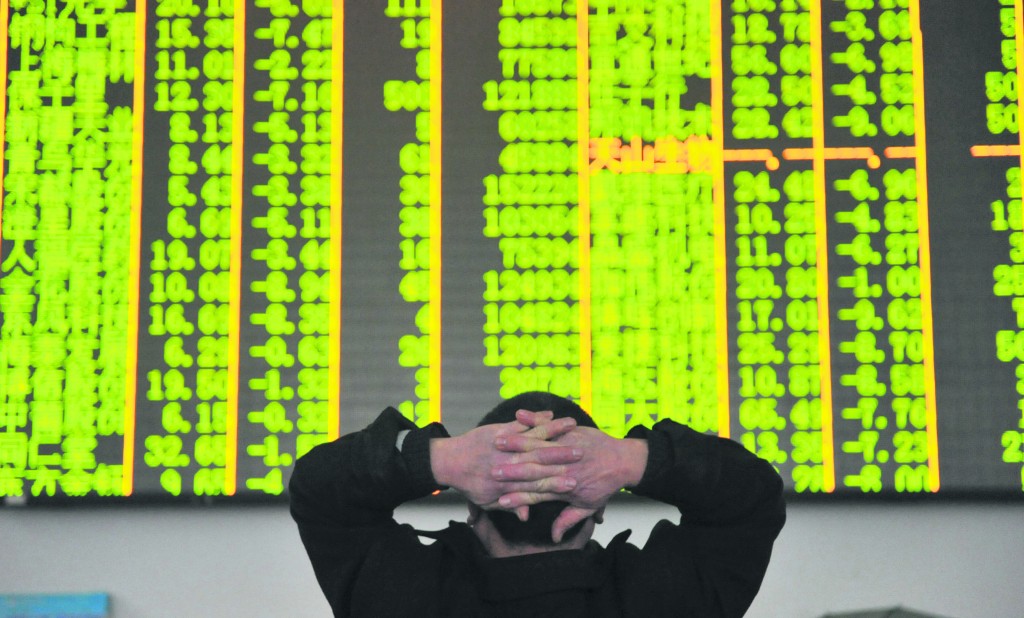 Asian shares set up camp at one-year peaks on Monday as a rally in Chinese stocks helped offset news that Japan’s economic growth had ground to a halt last quarter, while oil prices extended their latest rally.

European bourses were seen starting slightly firmer, while the E-mini futures for the S&P 500 ticked up 0.1 percent.

China stood out in Asia as the blue-chip CSI300 Index jumped 3.3 percent to a seven-month high amid speculation more stimulus would be forthcoming from Beijing after a raft of weaker-than-expected July data.

“In light of persistent headwinds from the external sector, weak business sentiment, and a cooling property market, we believe that policymakers need to accelerate policy easing and reforms,” Jing Li, an economist at HSBC, wrote in a note.

The need for further policy action in Japan was underlined by its subdued second-quarter economic reading, leaving the Nikkei down 0.3 percent.

It has climbed 14 percent since June when Britain’s vote to leave the European Union unleashed a new wave of global policy stimulus, led by aggressive action from the Bank of England.

All this easing has pushed rich-world bond yields dramatically lower and driven investors to seek higher returns in longer-term debt and in emerging markets.

Yields on British 10-year gilts have more than halved to all-time lows of 53 basis points (bps), having been up at 1.39 percent just before the Brexit vote.

That has pulled down rates right across Europe, with Spanish yields falling over 60 bps to break under 1 percent for the first time.

The plunge in returns on bonds has made equities look more attractive in comparison. The Dow, S&P 500 and Nasdaq all made record closing highs last week for the first time since 1999.

“The broader earnings trend has shown some further improvement in Asia but we believe it is really a surge in foreign buying that has pushed markets higher,” say analysts at Nomura in a note.

“While a continued switch in flows from developed markets to emerging is something we expect on a medium-term basis, the recent pace has been very rapid and sentiment levels are elevated. In the near-term we now recommend positioning for a pause.”

High on the U.S. calendar this week are inflation figures for July and minutes of the last Federal Reserve meeting which might offer more clues on the chance of an interest rate hike by year end. There are also five separate Fed speakers on the docket this week.

U.S. retail sales growth was unexpectedly flat in July as consumers cut back on buying clothes and other goods, while the producer price index fell 0.4 percent in July, the biggest drop in nearly a year.

The European Central Bank is to release minutes of its last meeting on Thursday, and should strike a dovish tone.

Investors have recently lengthened the odds on any Fed hike this year, with futures implying around a 46-percent chance of a move in December. That in turn has weakened the bullish case for the U.S. dollar and dragged it down against the euro, yen and a range of emerging market currencies.

One outlier has been sterling, which has slipped steadily since the BoE’s easing to stand at $1.2926 and ever closer to the post-Brexit trough at $1.2797.

In commodity markets, oil prices edged higher after boasting gains of 6 percent last week as Saudi Arabia’s oil minister held out the chance of action to help stabilize the market.