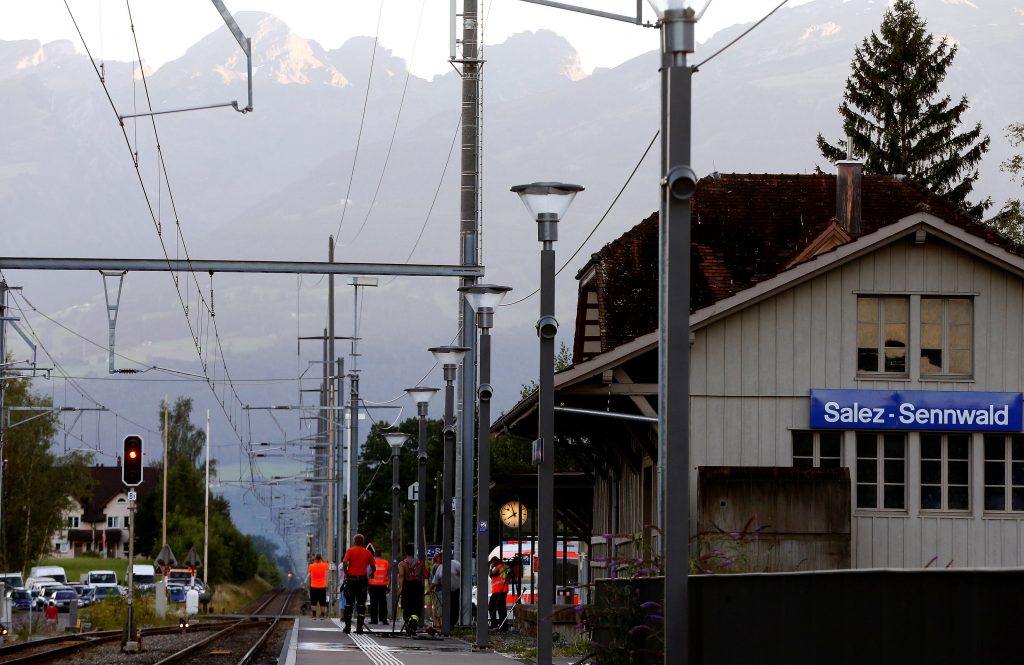 The man who attacked passengers on a crowded Swiss train with a knife and burning liquid died of his wounds on Sunday, as did one of his victims, a 34-year-old woman, Swiss police said. Three others remain hospitalized with serious wounds.

Police are still searching for a motive but said there’s no indication that the suspect, identified only as a 27-year-old Swiss man from a neighboring region, had ties to terrorist groups.

A 43-year-old woman, a 6-year-old girl and 17-year-old girl remained hospitalized Sunday with serious injuries, one in critical condition, St. Gallen canton (state) police spokesman Hans-Peter Kruesi told The Associated Press. A 17-year-old youth and 50-year-old man wounded in the attack have been treated and released, he said.

Swiss police searched the suspect’s home after the Saturday afternoon attack on the train as it neared the station in Salez, close to the Liechtenstein border. Kruesi would not comment on what evidence was seized at the home, but said “so far there are no indications this was a terrorist or politically motivated crime.”

Police were not able to question the suspect before he died, Kruesi said, adding that the man had no criminal record and was not previously known to police.