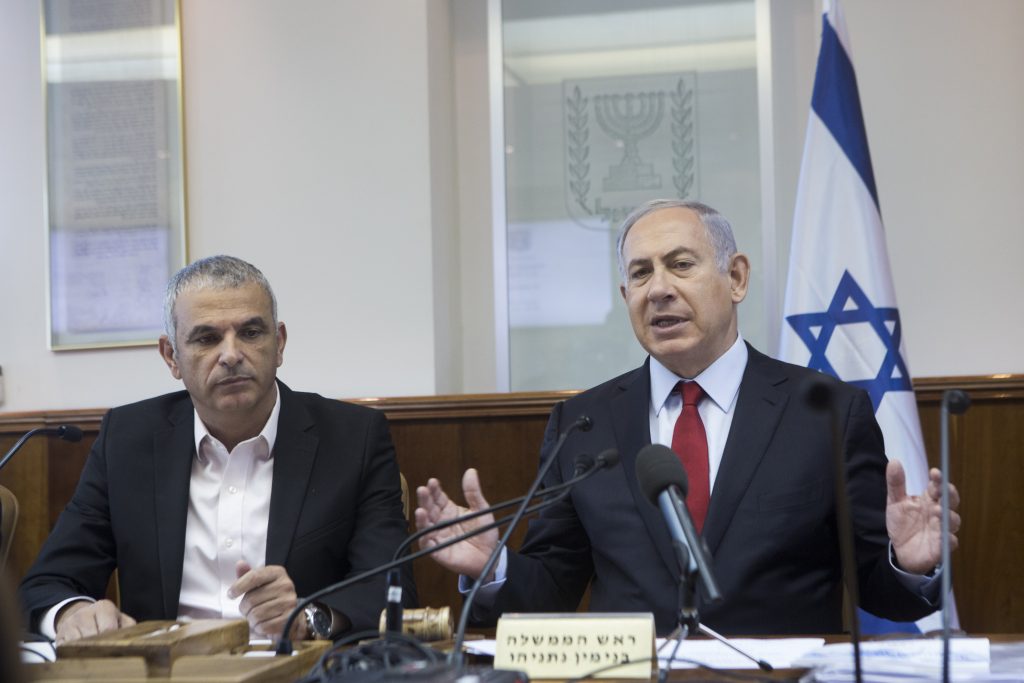 Despite the usual rancor – exacerbated this year by the threats of ministers to turn it down – the state budget was unanimously approved early Friday by the government, after 24 hours of intensive discussion. It will now be presented to MKs in a special Knesset session during the summer recess for approval.

Commenting on the approval, Prime Minister Binyamin Netanyahu said that approval of the budget was “an important event. This is a budget that brings a great deal of basis for competition, reforms and growth. It will lower the cost of living and reduce social gaps. After a long night of discussions, you can understand the importance of a two-year budget for the economy and for Israelis,” he told ministers at the conclusion of the vote.

The budget for 2016/17 will be cut in both years – by NIS 2 billion in 2016, and an additional 2 percent in 2017. However, those cuts come after a significant increase in spending, in which the government ended up spending NIS 16 billion in the previous budget, instead of the planned NIS 9 billion. Cuts in the new budget figures are based on the current increased spending levels of all ministries. To pay for the overall increase, the budget includes several new taxes, including one that will impose a tax on owners of three or more apartments.

Among the most vociferous objectors to the budget was Health Minister Rabbi Yaakov Litzman, who said that the health portion of the budget was “insufficient to cover even the basic medical needs of Israelis.” Hospitals were overcrowded, and the wait for specialists and elective operations far too long. “We have a great many differences with the Treasury on this budget,” Rabbi Litzman said Thursday, after walking out on a discussion with officials on the health portion of the budget.

Two weeks ago, Rabbi Litzman that the “health basket,” the list of pharmaceuticals and treatments that are covered by state insurance, grew from NIS 300 million to NIS 550 million per year. The increase was to be partially paid for by increased health taxes and fees, but the plan was pulled after insurance companies objected. After overnight discussions that were described as “fierce,” it appeared that Rabbi Litzman would vote in favor of the budget, with the Treasury agreeing to foot the bill for the health basket expansion.

Education Minister Naftali Bennett, also sharply criticized the budget for its shortfalls, but he, too, emerged as a winner in the budgetary joust with Finance Minister Moshe Kachlon. The ministry’s budget will be increased by NIS 4.7 billion, reaching NIS 57 billion by 2017. In a social media post, Bennett said that the agreement was “good news for Israelis, the highest ever education budget. As a result we will be able to avoid firing teachers and will be able to expand programs.”