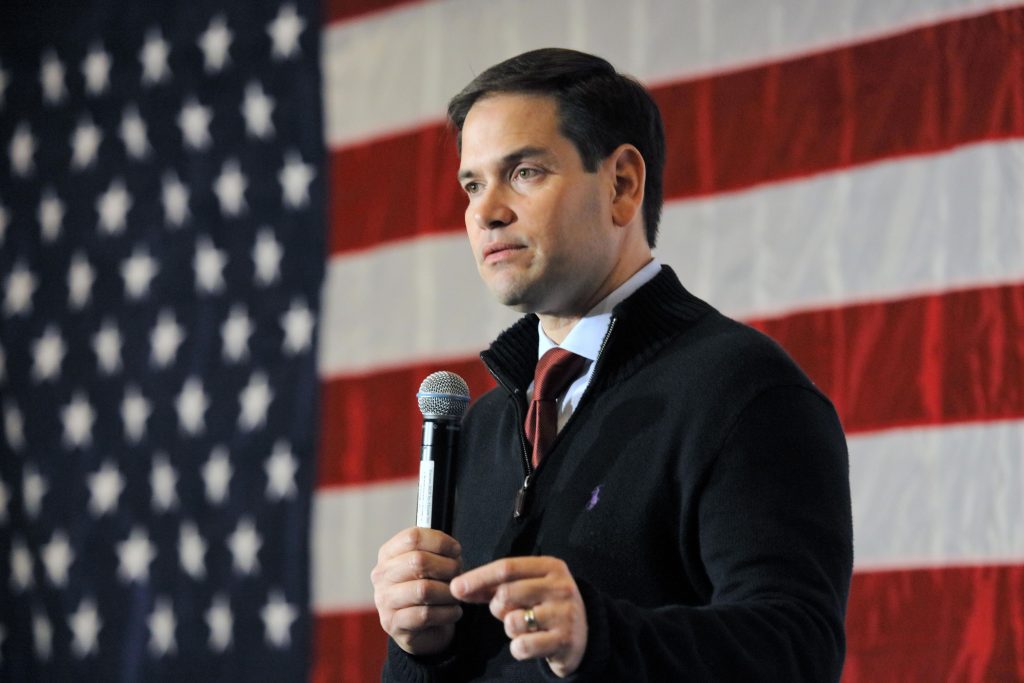 Marco Rubio’s lead in the Florida Senate race has evaporated, making him the latest down-ballot Republican to slump as voters register increasing dissatisfaction with Donald Trump as the party’s nominee, according to a Quinnipiac University Poll released Friday.

Incumbent Republican Senate candidates in the three key swing states surveyed — Florida, Pennsylvania and Ohio — all polled better than Trump, the survey showed. But in Florida and Pennsylvania, both considered crucial to the party’s efforts to maintain control of the Senate, the races are now too close to call.

“At this stage of the campaign, Republican U.S. Senate candidates may be running against their own presidential nominee, Donald Trump, as much as they are against their Democratic opponents,” said Peter A. Brown, assistant director of the poll.

In Pennsylvania, Democratic challenger Katie McGinty is virtually tied with incumbent Sen. Pat Toomey, with 47 percent of likely voters saying they would pick McGinty over Toomey’s 44 percent. Trump is trailing Clinton by 10 points in the state, where the survey’s margin of error was 3.4 percentage points.

“Sen. Rob Portman in Ohio may have a strong enough lead to escape the Trump effect,” Brown said.

But even leading GOP candidates may have to work harder this year, he said.

“If Trump continues to lag behind in the presidential race, that will make it more difficult for GOP candidates, logic holds, up and down the ballot.”

Quinnipiac’s Swing State Poll focuses on Florida, Ohio and Pennsylvania, because since 1960, no candidate has won the presidential race without taking at least two of these three states.