Politics In Reversal, Trump Says IS Claim About Obama Was Sarcastic
Politics 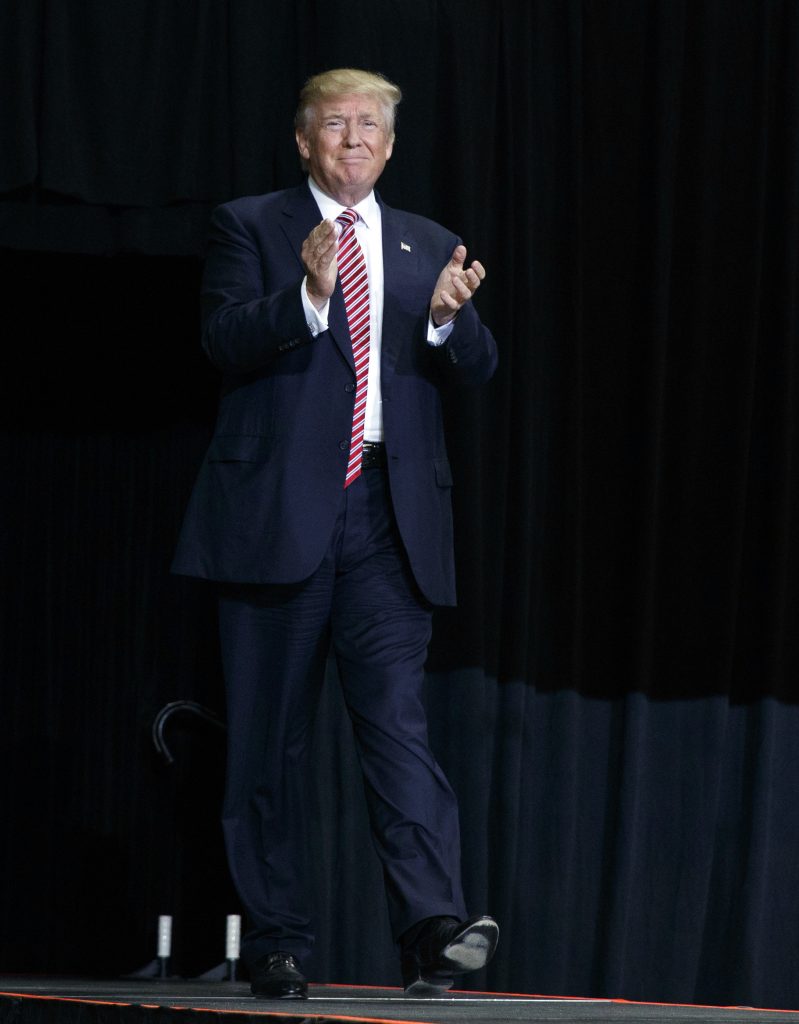 After days of alleging repeatedly that President Barack Obama founded the Islamic State terror group, Donald Trump abruptly shifted tone on Friday and insisted his claim had been sarcastic.

Trump, in an early-morning post on Twitter, blamed CNN for reporting “so seriously” that he had called Obama and Democrat Hillary Clinton the group’s founder and most valuable player. He added, in all capital letters: “THEY DON’T GET SARCASM?”

Only hours before, the billionaire businessman had restated the allegation, telling rally-goers in Kissimmee, Florida, that “I’ve been saying that Barack Obama is the founder.” It’s a claim that Trump repeated at least a dozen times in three cities since debuting the attack line Wednesday during a rally outside Fort Lauderdale.

In fact, Trump had refused to clarify that he was being rhetorical or sarcastic when asked about the remark during interviews. On Tuesday, when conservative radio host Hugh Hewitt tried to steer Trump toward explaining that he really meant that Obama’s Mideast policies created conditions that IS exploited, Trump wanted none of it.

“No, I meant he’s the founder of ISIS. I do,” Trump said, using another acronym for the group. Told that Obama was trying to defeat the terrorists, Trump added, “I don’t care. He was the founder.”

This controversy has dogged the campaign in a week in which Trump has been trying to highlight his economic proposals. Trump is encountering worrying signs as his campaign moves into the November election. Clinton’s lead over Trump in national polls has widened in recent days, while a growing number of fellow Republicans have declared that they won’t support their own party’s nominee.

Clinton is looking to take advantage by expanding into traditionally Republican states.