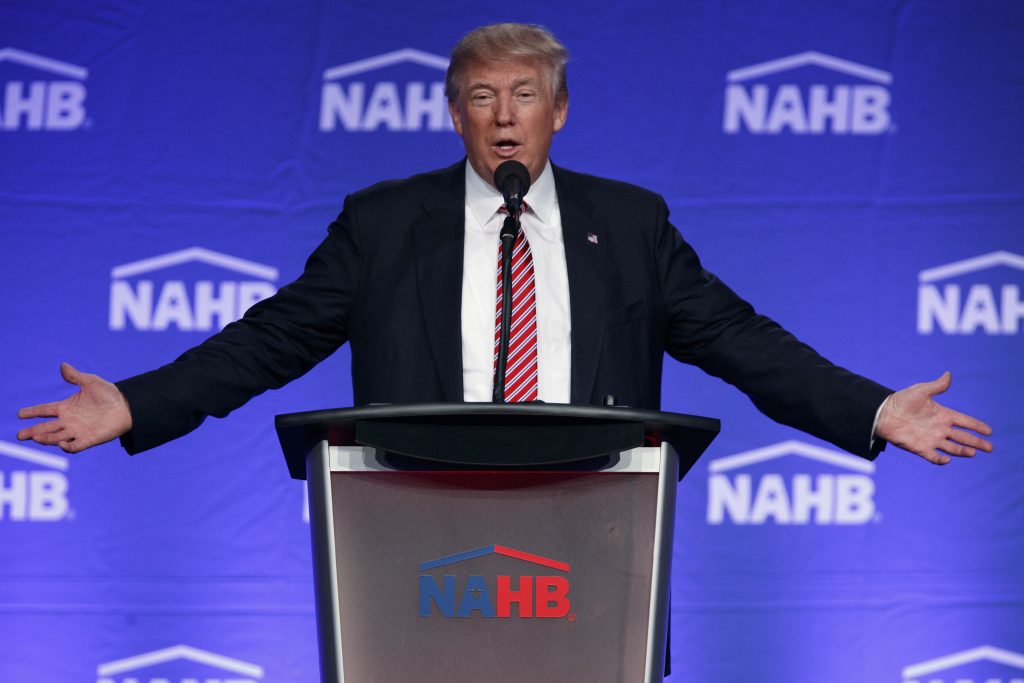 Donald Trump on Thursday intensified his effort to cast President Barack Obama as the “founder” of the Islamic State terrorist group, eagerly and repeatedly using the label in a radio interview just hours after he said it at a rally in Florida.

“Last night, you said the president was the founder of ISIS. I know what you meant. You meant that he created the vacuum, he lost the peace,” conservative radio host Hugh Hewitt told Trump during a morning interview, using an acronym for the Islamic State.

At a Wednesday night rally in Sunrise, Fla., the Republican presidential nominee said Obama and Clinton botched policy in the Middle East and fueled the growth of terrorism there.

“He is the founder of ISIS,” he told supporters, adding of his Democratic rival: “And I would say the co-founder is crooked Hillary Clinton.”

It was not the first time Trump directed that kind of attack against Obama and Clinton. He said in January that their policies “created ISIS.” He called Clinton the “founder of ISIS” earlier this month.

Hewitt pointed out that Obama has waged an effort against the Islamic State: “He’s not sympathetic to them. He hates them. He’s trying to kill them.”

Trump replied: “I don’t care. He was the founder. His, the way he got out of Iraq was, that was the founding of ISIS.”

The mogul said it was not a mistake to use the term “founder.”

“Everyone’s liking it,” he insisted. “I think they’re liking it. I give him the most valuable player award. And I give it to him, and I gave the co-founder to Hillary. I don’t know if you heard that.”

Hewitt said he did not like Trump’s word choice.

“They created the Libyan vacuum, they created the vacuum into which ISIS came, but they didn’t create ISIS. That’s what I would say,” the radio host explained.

“I mean, with his bad policies, that’s why ISIS came about,” the mogul argued.