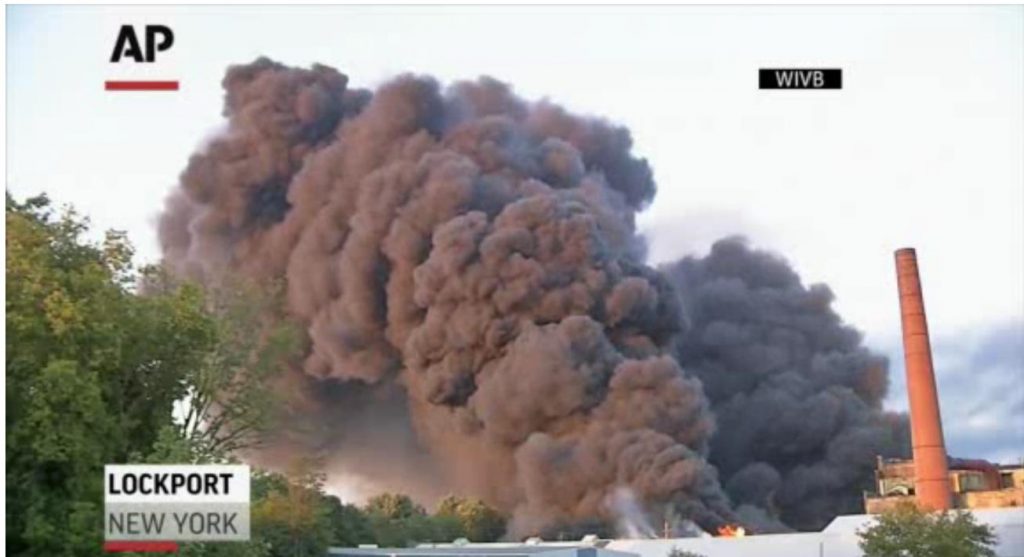 Authorities say hundreds of people have been forced from their homes because of a massive fire at a western New York tire recycling plant.

Fire officials say Thursday the overnight blaze is contained but not under control at High Tread International, a former paper mill in Lockport that’s now used to store and shred tires. No injuries were reported, and no homes were damaged.

Niagara County authorities say the fire broke out Wednesday night, forcing the evacuation of 200 nearby homes.

Thick black smoke wafted across the area as more than 200 firefighters battled the blaze. Crews drew water from the Erie Canal nearby to douse the flames, and tanker trucks hauled in water from neighboring Orleans County.

The cause of the fire remains under investigation.