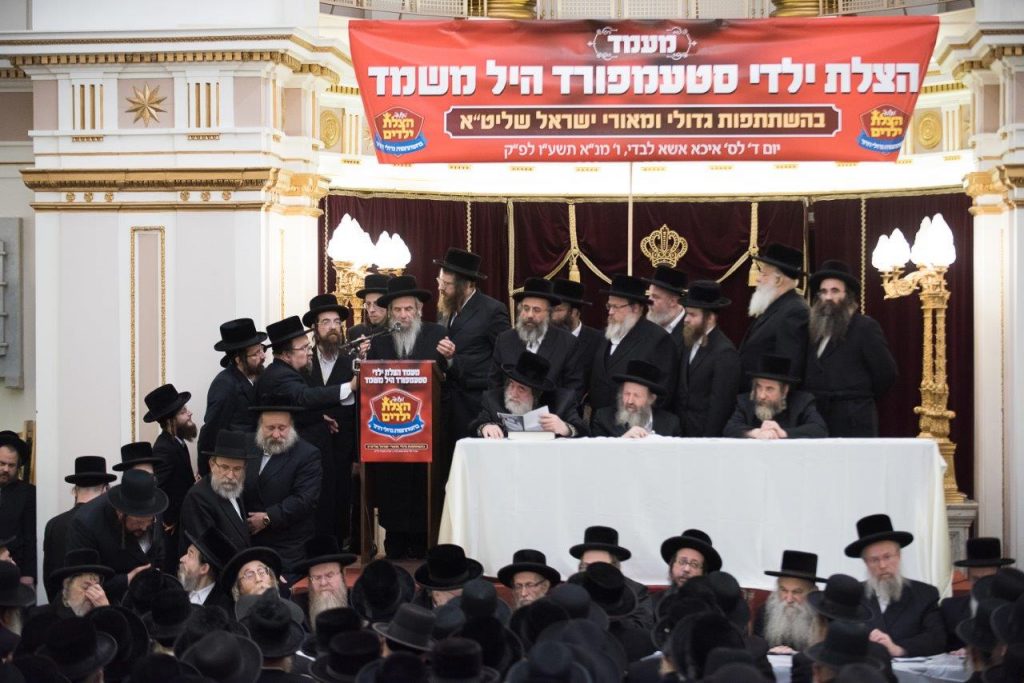 A large crowd attended an atzeres tefillah on Wednesday evening in the Bobover Beis Medrash in Stamford Hill, London. The event was chaired by Reb Yossel Weissman, and graced by the presence of, shlita, the Slonimer Rebbe of Bnei Brak , the Vizhnitzer Rebbe, Harav Yisrael Hager, and the Rachmastrivka Rebbe of Eretz Yisrael, as well as the Mara d’Asra, Harav Ephrayim Padwa, and many other Rabbanim.

The chairman opened the atzeres by explaining that there is a group of askanim, led by Reb Meir Rothfeld, who are currently working very hard to ensure that all our precious kinder receive appropriate chinuch. The Mara d’Asra, Harav Padwa, expanded on this theme, praising the mesirus nefesh of the askanim and urging the kehillah to give them their full support in whichever ways possible. Reb Rothfeld also spoke, explaining the delicate nature of the issues, and the work which the askanim are carrying out.

The Slonimer Rebbe spoke briefly to give chizuk to those assembled, after which Dayan Sholom Friedman led the recital of Tehillim for the success of the endeavor, and the Rachmastrivka Rebbe read out the tefillas haShelah Hakadosh, davening for the welfare of our children and grandchildren. The Vizhnitzer Rebbe gave the keynote drashah of the evening, emphasizing the importance of the issue and saying that the zechus of supporting the askanim would surely bring its own rewards.