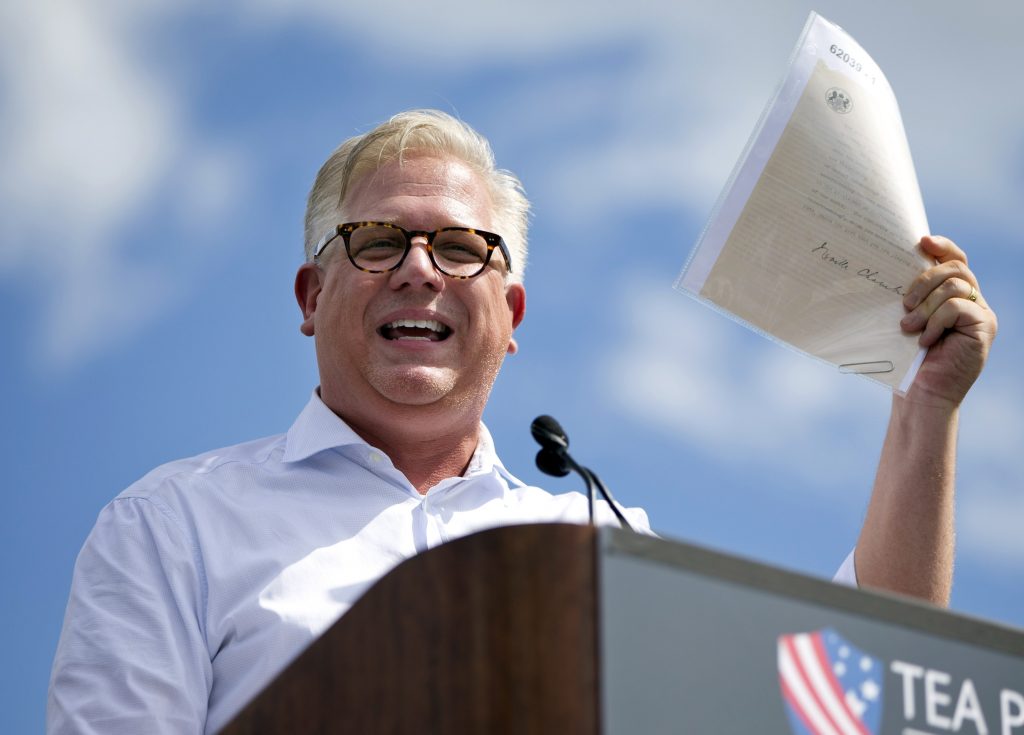 Glenn Beck must disclose the names of confidential sources he used while reporting that a Saudi Arabian student was involved in the Boston Marathon bombing, a federal judge ruled in a case being closely watched by First Amendment activists and news organizations.

The ruling by U.S. District Judge Patti Saris came Tuesday in a defamation lawsuit filed by Abdulrahman Alharbi, who was injured in the 2013 deadly bombing.

The judge acknowledged that her decision could raise First Amendment concerns, but she said documents she ordered did not show that Alharbi funded the attack.

Alharbi, now 23, was a spectator at the April 15, 2013, marathon when two bombs exploded near the finish line, killing three people and injuring more than 260 others.

He was questioned by federal authorities while he was being treated for burns at a Boston hospital. Eight days later, during testimony before Congress, then-Homeland Security Secretary Janet Napolitano said Alharbi was interviewed, but “it was quickly determined he had nothing to do with the bombing.”

Alharbi sued Beck and the owners and distributor of The Glenn Beck Show for defamation because Beck continued to describe him as an active participant in the bombing. The day after Napolitano’s testimony, Beck called Alharbi “the worst of the worst.”

Between April 19 and May 8, 2013, Beck stated in broadcasts that Alharbi was involved in recruiting bombers Dzhokhar and Tamerlan Tsarnaev, Muslim brothers who lived in Russia and the former Soviet republic of Kyrgyzstan, before moving to Massachusetts with their family.

Beck stated that Alharbi was a “very bad, bad, bad man” and was one of three people involved in the attacks, along with the Tsarnaevs.

In her ruling, Saris said Beck never met with or spoke to any of the confidential sources. She said one of Beck’s associates “took notes of his discussions with the sources on Post-its, which he then discarded.”

Beck’s lawyers said the sources were only willing to speak after they received promises of confidentiality because they could lose their jobs and potentially face criminal charges if their identities were disclosed.

Saris agreed with Alharbi’s contention that “the only way to verify or confirm what the confidential sources told the defendants would be to speak with the sources themselves.” She noted that the deposition testimony of Beck’s associates “is vague and often contradictory.”

Alharbi therefore “has a strong need for the sources’ identities to meet his burden of demonstrating that the defendants did not act with the proper standard of care in their reporting,” Saris wrote.

Saris ordered Beck and his associates to disclose the identities of two confidential sources who allegedly “were adamant that Alharbi was involved in financing the attacks.” She said if a third source made similar statements, his identity also must be turned over.

Saris noted that the disclosures would be subject to a protective order. That means the sources’ identities would be turned over to Alharbi’s attorneys so they can be questioned in depositions but wouldn’t be made public, at least while the order is in place.

Dzhokhar Tsarnaev was convicted of a host of federal charges in the bombing and is currently on death row. Tamerlan Tsarnaev died following a gun battle with police several days after the bombing.