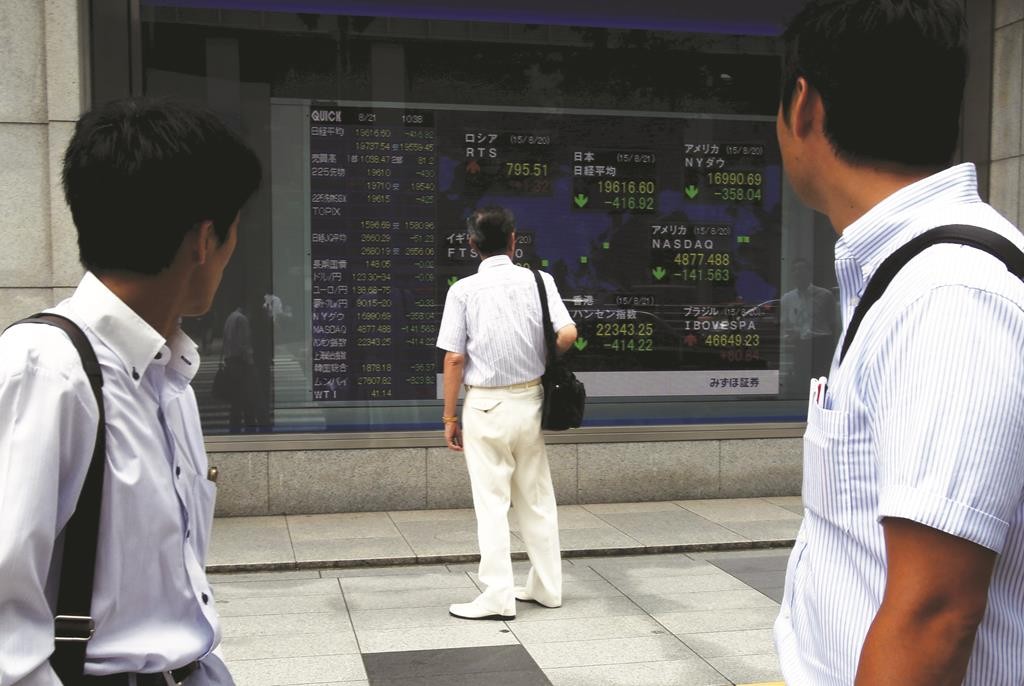 Asian stocks hit a one-year high on Wednesday while the dollar and Treasury yields slid on weak U.S. productivity data and sterling recovered from a one-month low.

Taiwanese shares climbed to the highest in 13 months on Wednesday, and have been trading flat since.

Wall Street eked out gains on Tuesday following a strong session for European stock markets, with Germany’s DAX index jumping 2.5 percent to its highest of 2016 on strong earnings from reinsurer Munich Re and telecoms group Altice.

MSCI’s world index covering 46 markets advanced 0.2 percent, close to the level that it hit on Tuesday – the highest in almost a year.

“Following strong U.S. payroll data last week, we are in a sweet spot where the U.S. economy seems to be doing okay while the chances of a near-term Fed rate hike are still relatively small,” said Hirokazu Kabeya, Chief Global Strategist at Daiwa Securities.”Earnings in the U.S., Europe and Japan are not bad. So we may be seeing something of a ‘Goldilocks’ market globally,” he added.

“Low U.S. productivity growth could suggest the third quarter growth can’t be fantastic. That, in turn, would mean the Fed will not need to raise rates,” said Masahiro Ichikawa, Senior Strategist at Sumitomo Mitsui Asset Management.

The dollar index, which tracks the U.S. currency against a basket of six peers, retreated 0.4 percent to 95.814.

Additionally, the Bank of England’s reverse bond auction failed to meet its target on Tuesday, highlighting the scarcity of investors willing to sell from a quickly dwindling pool of long-term bonds with positive yields.

The 10-year U.K. gilts yield was at 0.577 after hitting a fresh record low of 0.563 percent after the BoE fell £52 million ($68 million) short of its target to buy over £1 billion of long-dated U.K. government debt. That was the first time it failed to find enough sellers since it began its quantitative easing program in 2009.

The British central bank announced last week that it would be increasing its bond buying in addition to cutting interest rates in the latest effort to stimulate the country’s economy.

The British pound recovered 0.5 percent to $1.3063, after hitting a one-month low of $1.2956 on Tuesday as Bank of England policymaker Ian McCafferty said the central bank will probably have to loosen monetary policy further if the U.K.’s economy worsens.