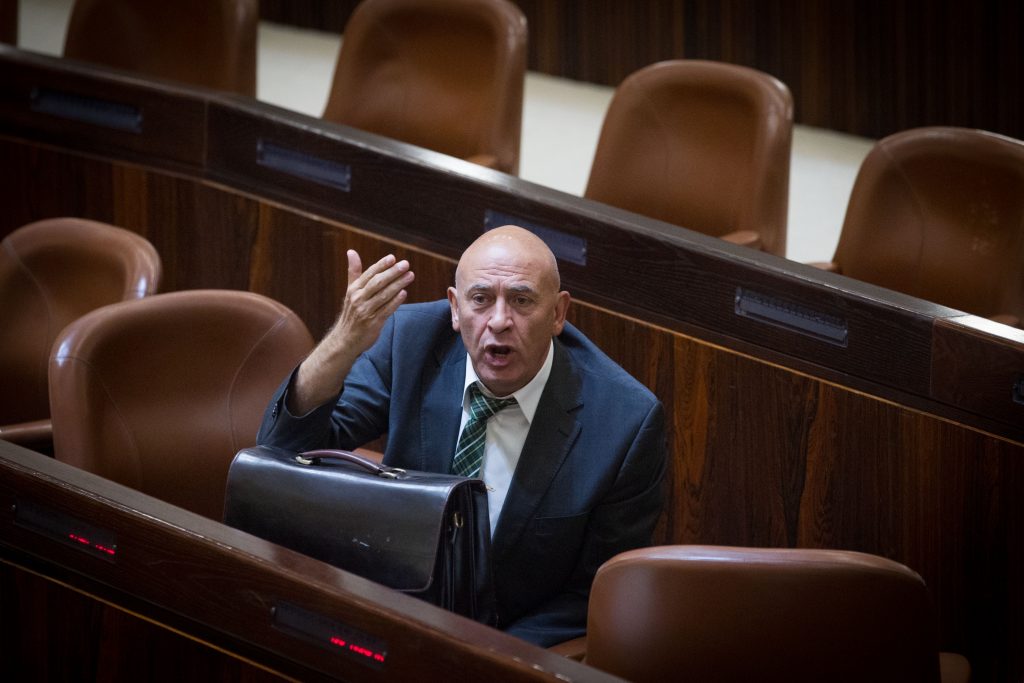 An Arab member of the Knesset has caused a furor by his participation in a blatantly anti-Israel, anti-Semitic conference in Canada, The Jerusalem Post reported on Wednesday night.

Joint List MK Basel Ghattas has been listed as a speaker at the World Social Forum, a left-wing event which supports the boycott of Israel and has used anti-Semitic illustrations on its website and in promotional materials.

The event’s organizers, who style the event as a leftist alternative to the annual World Economic Forum in Davos, said it is committed to “Non Apartheid,” which they act on by “tak[ing] a stand to exclude all people, organizations or activities that promote any kind of oppression, supporting Palestinians and all people struggling for their emancipation and freedom.”

B’nai Brith Canada interpreted this to mean “a promise to ban all Jewish Israelis and supporters of Israel from the WSF, which is clearly [an] anti-Semitic policy.”

Ghattas is scheduled to talk about his experience on the 2015 Gaza flotilla, which tried to break the Israeli naval blockade; and in a separate appearance he is to “address the hardships and problems facing Christians under Israeli rule.”

The events in which Ghattas is scheduled to participate are sponsored by Canadian Friends of Sabeel, an organization whose goal is to convince churches to divest from Israel.

Ghattas’ office did not respond to a request for comment.

The conference includes various events villifying Israel as apartheid and colonialist and calling for boycott of Israeli goods and academics.

Earlier this week, the Canadian federal government disassociated itself from the conference, instructing it to remove its logo from the list of partners in the conference.

Liberal MP’s Anthony Housefather and Michael Levitt, who demanded the removal, told B’nai Brith Canada that they are “deeply concerned with a number of the sessions that are scheduled…and in particular, we are disgusted by the blatantly anti-Semitic cartoons and images that appear on the WSF website.

“The prime minister, the Government of Canada and the Canadian Parliament have been very clear that we oppose the BDS movement and that anti-Semitism is never acceptable,” they added.

However, the Provence of Quebec and the City of Montreal, as well as McGill University, Université de Québec à Montréal and Cégep du Vieux Montréal are still listed as partners for the conference.

B’nai Brith Canada CEO Michael Mostyn expressed disappointment that, despite the federal government’s distancing itself from the WSF, public funds are still invested in the “anti-Semitic conference.”