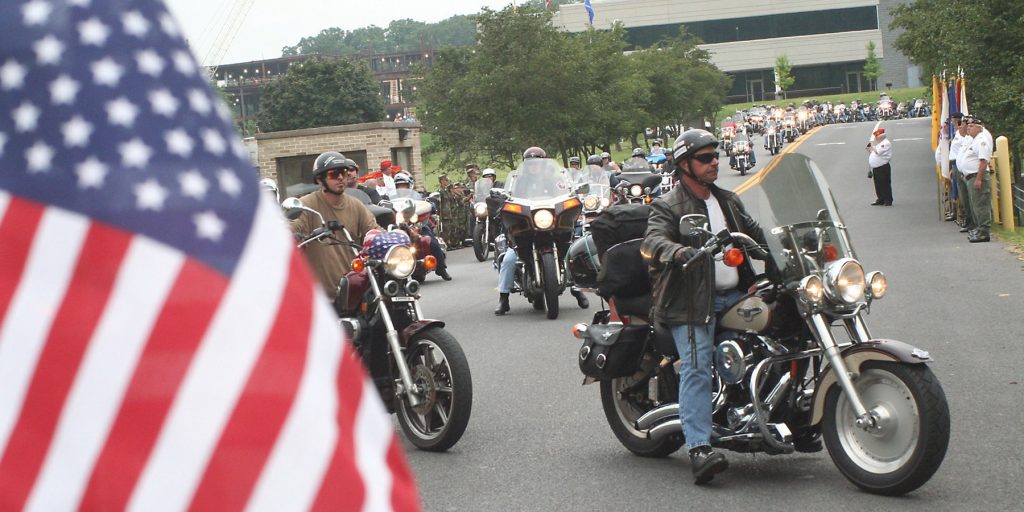 Leaders of a massive, annual motorcycle procession to the three Sept. 11 crash sites said this year’s fundraising ride, Aug. 19-21, will be their last.

The agencies say they support Sept. 11 memorial events but must maintain safe traffic flow in the congested region.

The problems stem from the first leg of the America’s 911 Ride, from Shanksville, Pennsylvania, to Arlington, Virginia, always on a Friday. State agency officials say it can cause 5-to-10-mile backups, and stall home-bound commuters near the Pentagon.

“Complaints are received every year,” Maryland State Police spokesman Greg Shipley wrote in an emailed response to questions from The Associated Press.

Sjurseth, 55, a computer consultant from rural Lucketts, Virginia, said that instead of complaining, stalled motorists should reflect on the 3,000 lives lost in the 2001 terrorist attack, and on the sacrifices made daily by first responders.

As the motorcycles pass, “……….. think about your security,” Sjurseth (pronounced SHUR’-seth) said in a telephone interview.

He’s especially frustrated with Maryland State Police, who haven’t provided an escort unit for several years and now dodge his calls, Sjurseth said. He said the foundation has raised $500,000 for police equipment and $330,000 for scholarships for first-responder families.

“It was like, ‘We do this for you. We have the highest regard for you,’ and it’s sad when it comes down to that,” Sjurseth said.

Shipley said there aren’t enough motorcycle troopers to provide an escort of the size Sjurseth wants. Instead, the ride is escorted by 160 motorcycle officers from other agencies, and state troopers monitor the procession. Shipley said Maryland State Police supported a 2013 law enabling local police to provide escort services statewide for events such as the Sept. 11 ride.

He said state police have asked Sjurseth to consider having the riders travel in groups of 20 to 30 to reduce traffic congestion, but he refused.

Sjurseth defeated a Virginia Department of Transportation effort to move this year’s procession off of Interstate 66 and onto the chronically congested Capital Beltway and the two-lane George Washington Parkway — the safest route to the Pentagon, the agency said. The department offered to close one beltway lane for the bikers; in past years it has closed entire roadways.

Sjurseth said the change, announced July 27, would have forced the foundation to reprint booklets and pay $3,000 more in highway tolls. The agency relented but spokeswoman Jennifer McCord portrayed the foundation as uncooperative. She said the group has not filed a requested permit over the years; Sjurseth said he’s gotten a bureaucratic runaround.

The Maryland governor’s office, while wishing riders a safe trip, characterized Sjurseth as a malcontent whose gripes are nothing new.

“My understanding is that this gentleman has called every year because it’s not done in the way in which he would like it done,” said Shareese Churchill, press secretary for Republican Gov. Larry Hogan. “We’ve always tried to accommodate him but it’s never enough.”

Sjurseth shrugged off the comment: “I find that interesting that I’m a habitual complainer, but that’s cool. There are worse things to be called.”

He said he’s tried in vain to find someone willing to take over the arduous task of organizing the ride. Now the foundation is looking for other fundraising options, he said.

The rides began in 2001, two months after hijackers crashed airliners into the Pentagon and New York’s World Trade Center. Another jetliner crashed near Shanksville, Pennsylvania, as passengers and crew fought to regain control of the aircraft.