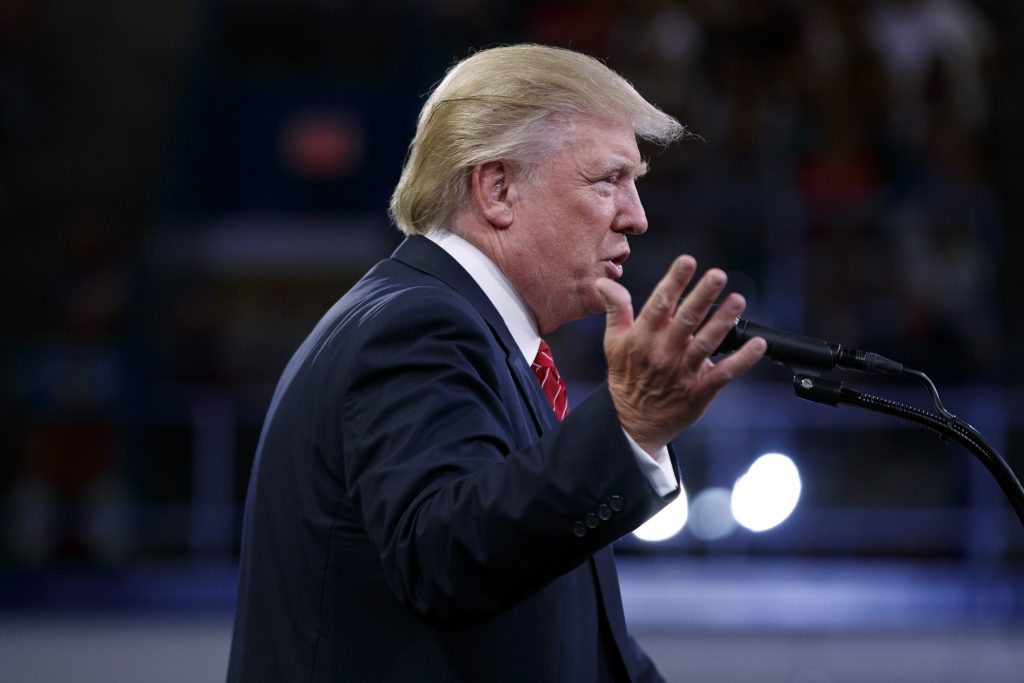 After giving new details about his tax-cut proposals, which an adviser said would cost about $2 trillion over a decade, Donald Trump on Tuesday revisited a budget-trimming measure called the “penny plan” in response to fresh questions about how he’d finance his agenda.

“Well, we’re cutting back, I mean whether it’s a penny plan — which is something that, as simple as it is, I’ve always sort of liked,” the Republican presidential nominee said on Fox Business, referring to an approach he praised as far back as March.

Trump remained short on further specifics about how he’d pay for his proposals to cut corporate taxes, cut income taxes (to levels in line with House Republicans’ plan), or make child-care expenses tax-deductible.

In variations of the “penny plan,” or the “one-cent solution” as it’s called by activist Bruce Cook, one cent is cut per dollar in the federal budget over a period of six or seven years and a spending cap is imposed until the budget is balanced. Different programs can see greater than 1 percent cuts — or no cuts — as long as overall spending is reduced by 1 percent each year, Cook’s group says. Fox News host Sean Hannity has taken credit for attracting Trump to a version of the plan that excludes the military from cuts.

The math generally works out, the nonpartisan fact-checking website PolitiFact found in 2012 when analyzing a Republican lawmaker’s version of the proposal, but deciding what to cut and getting an agreement through Congress would be huge hurdles.

On Tuesday, without committing to a specific budget-cutting approach, Trump indicated his position is unchanged that the military is the one budget area that should not see spending slashed.

“We’re going to be doing smart budget cuts, budget cuts that will make it just as good or better than it is right now, but for a lot less money,” he said. “We’re also talking about, you know, other things having to do with military because we do have to build up our military, that’s the one thing, we have to build it up.”

He didn’t say where the cuts might come, or how much he wants to increase defense spending, which represented about one-sixth of the 2015 U.S. budget. A spokesman for his campaign didn’t immediately respond to a request for comment.

Told on Fox Business that the Committee for a Responsible Federal Budget estimated the cost of his tax plan at $10 trillion — roughly the 10-year estimate the group did for his original tax plan — Trump didn’t cite his own campaign’s estimate of the new cost, which is about $2 trillion over a decade, including about $20 billion per year for the child-care proposal, economic adviser Stephen Moore said Monday.

Nor did Trump specify his campaign’s 4-percent economic growth assumption, which Moore said would help drive down the cost of the tax plan and be stimulated by looser energy-production regulations. “Well, I think we’ll go very substantially. Right now we have no growth,” Trump said. In a separate interview on Fox News, he said 4 percent growth is “easily attainable.”

Trump’s new tax plan differs from one he offered in October by proposing somewhat shallower rate cuts for individuals. He’d create three new individual income-tax rates to replace the current seven, with a top rate of 33 percent, down from 39.6 percent. It’s unclear whether the new plan will retain Trump’s proposal to almost quadruple the standard deduction, a move that would benefit low- and middle-income taxpayers.

He also proposes taking the top corporate income-tax rate to 15 percent, down from 35 percent, and creating a new 15-percent business tax for members of partnerships and other pass-through business entities.