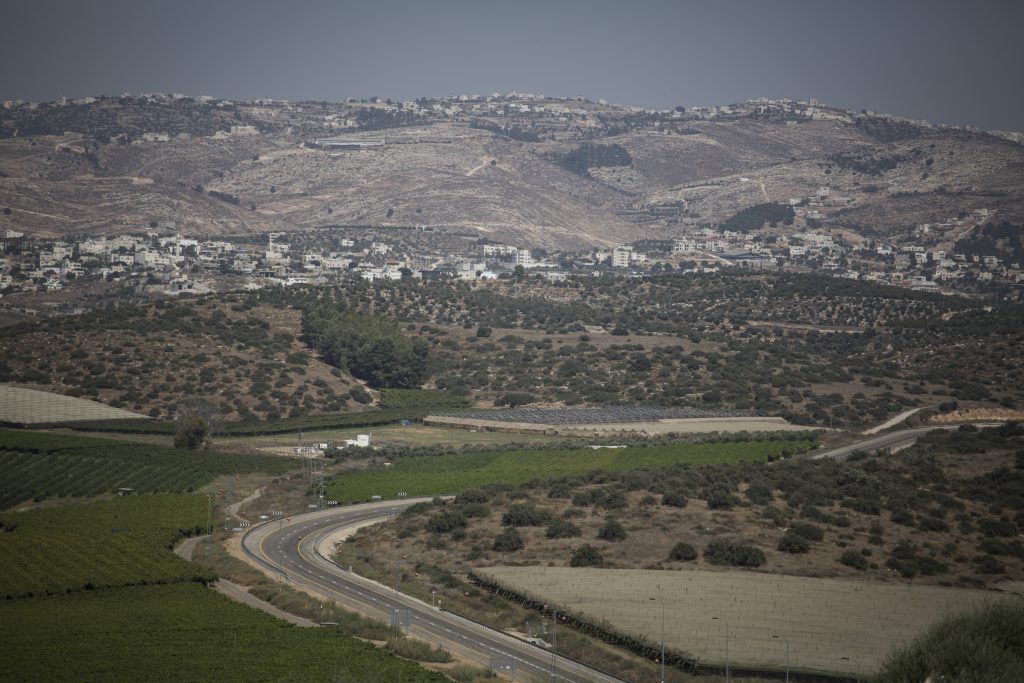 After a long court case, civil authority bulldozers on Tuesday destroyed four illegally built Arab structures in the Chevron Hills — part of what the Palestinian Authority apparently plans to be a major town, right outside the town of Carmel. The structures were built with funding from the European Union, according to a sign placed at the construction site. No permits were issued for the construction, and the land on which they were built has been vetted as state land.

The Chevron Hills Regional Council, together with the Regavim organization, had filed a lawsuit demanding that the structures be demolished. On Monday, Justice Minister Ayelet Shaked visited the site to observe the situation first-hand — and on Tuesday the court authorized demolition of the structures.

According to Yochai Damri, chairman of the council, the four buildings are just the tip of the iceberg. “Not far from here, the Palestinian Authority is building a whole city of illegal structures on state land, and the state does nothing. There cannot be selective enforcement of building permits, allowing them to build what they want but immediately demolishing structures built by Jews. Each trailer, each pipe we build is evaluated to the full extent of the law, in the strictest way possible, while just a few meters from us building goes on without regard for the law. I am happy the justice minister had an opportunity to see this for herself.”

Tuesday’s action was welcome, said Oved Arad of Regavim, but much more is needed. “We cannot remain satisfied with this action. We must go full force in fighting the construction of the illegal PA city,” he added.