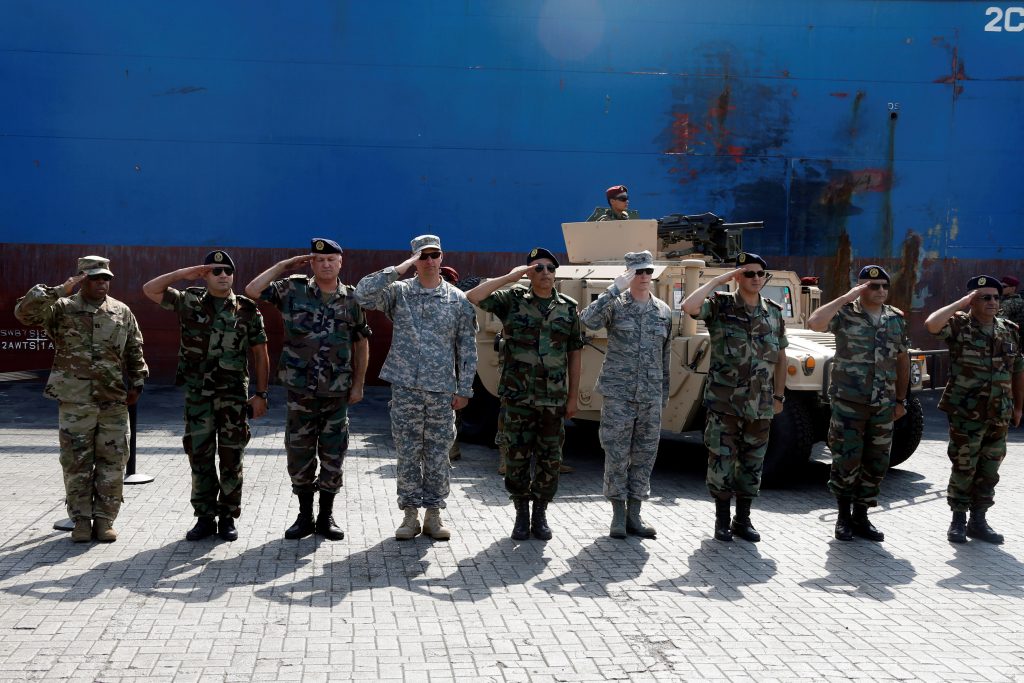 The United States delivered 50 armored vehicles, 40 artillery pieces and 50 grenade launchers to the Lebanese army on Tuesday, part of its efforts to bolster Lebanon against a threat from terror groups in neighboring, conflict-ridden Syria.

The equipment, worth $50 million, is part of an aid package that has now topped $220 million this year, making Lebanon the fifth-biggest recipient of American military assistance, U.S. ambassador Elizabeth Richard said during the delivery.

Fighting between Islamic State and other Islamist terror groups in Syria often flares in the mountains along Lebanon’s northern frontier and the violence has periodically spilled across the border.

Fighters from Islamic State and other groups also stage regular incursions across the poorly demarcated border around the northern Lebanese town of Arsal, which they briefly overran in 2014 before the army drove them out.

Lebanon has a weak government and a number of countries support its armed forces as a bulwark against destabilization in a country where around a quarter of the population are Syrian refugees.

This year Saudi Arabia, traditionally an important financial backer of the Lebanese state, suspended $3 billion in aid to the security forces over what it saw as growing closeness between Beirut and Iran, Riyadh’s main regional foe.

Syria once dominated its smaller neighbor, whose own sectarian fissures fueled a 15-year civil war from 1975-90. Lebanon’s Iran-backed Hezbollah movement has fought alongside Syrian government forces in Syria’s civil war since 2013.