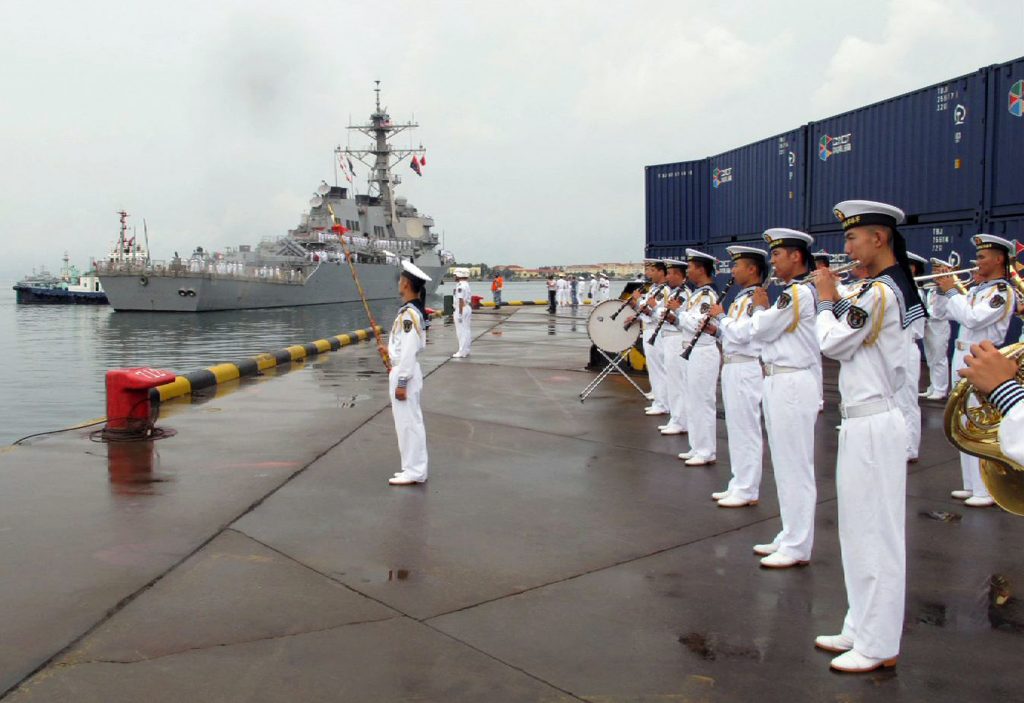 A U.S. Navy guided missile destroyer arrived in the northern Chinese port of Qingdao on Monday in the first visit by an American warship to the country since Beijing responded angrily to an arbitration panel’s ruling that its expansive South China Sea maritime claims had no basis in law.

Arriving in the home port of China’s northern fleet, the USS Benfold held a signals exercise with the Chinese Navy. Speaking briefly to media, Cmdr. Justin L. Harts said the visit aimed to “build relationships” with counterparts from the Chinese Navy, but referred questions on tensions in the South China Sea to U.S. Pacific Command in Hawaii.

China rejected last month’s ruling by the Hague-based Permanent Court of Arbitration in a case initiated by the Philippines, and refused to take part in the arbitration. It has strongly criticized the U.S. for encouraging its treaty partner in taking legal action and calling for Beijing to respect the ruling.

Last week, Chinese Foreign Minister Wang Yi said the U.S., Japan and Australia were “fanning the flames” of regional tensions after they released a joint statement urging China not to construct military outposts or reclaim land in the disputed waters.

Since the ruling, China has repeatedly reasserted its historical claim to virtually the entire strategically vital water body, its islands, reefs, plentiful fish stocks and other resources. It has also begun flying air patrols, with one announced on Saturday featuring bomber and fighter aircraft, in the airspace around the Spratly Islands, Scarborough Shoal and adjacent areas.