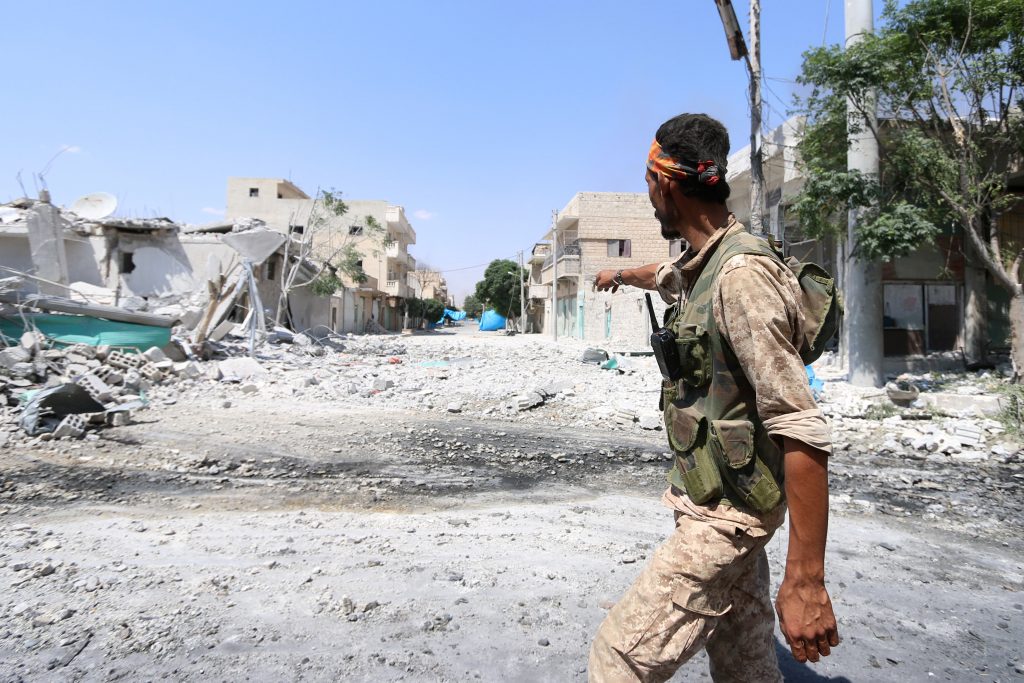 Syrian government forces delivered food and fuel to neighborhoods they control in the divided city of Aleppo on Monday, using an alternative road after rebels cut off the main supply route into those areas, a monitoring group said.

Insurgents effectively broke a month-long government siege of eastern, opposition-held Aleppo on Saturday, advancing against President Bashar al-Assad’s forces and their allies and cutting off a strip of government-held territory to connect with fighters in the encircled sector.

That rebel advance severed the primary government supply corridor running into the city from the south, and raised the prospect that government-held western Aleppo might in turn become besieged by the insurgents.

The army and its allies made the aid delivery via the Castello Road, which extends into Aleppo from the north, the British-based Syrian Observatory for Human Rights said.

Castello Road was captured by government forces last month. It had been the main opposition supply route into the city.

A Syrian military statement confirmed Monday’s delivery of supplies, although it did not specify the route used.

A western Aleppo resident said supplies had arrived. “Today fuel, food and petrol came in – the government opened up an alternative route,” Tony Ishaq said via an online messenger.

Rebel sources and the Observatory said there were plans on the opposition side to bring humanitarian supplies into eastern Aleppo from terrorist-held territory further west, but that the route was not secure.

Syrian warplanes have been bombing the Ramousah area, where the rebels advanced and cut off the road on Saturday, leaving no safe passage for civilians, the Observatory said.

Assad’s forces are supported by Russian air power, Iranian militias and fighters from Lebanon’s Hizbullah group who have sent reinforcements to shore up the army.

The multi-sided civil war in Syria, raging since 2011, has drawn in regional and global powers, caused the world’s worst humanitarian emergency and attracted recruits to Islamist militancy from around the world.