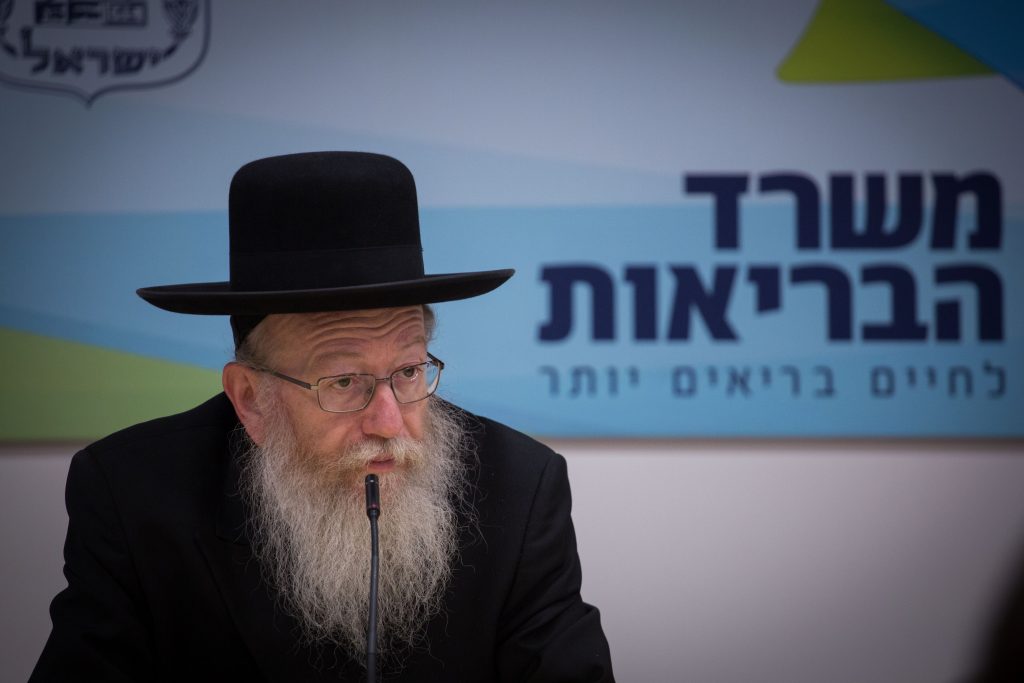 Unless something changes at the last moment, doctors at public hospitals in Israel plan a slowdown for Thursday. All non-emergency procedures will be canceled, and hospital departments will work on a weekend schedule – with reduced personnel and only emergency cases tended to.

But according to Health Minister Rabbi Yaakov Litzman, the strike is “unnecessary,” as the alleged reason – a limitation on private work by doctors – was never implemented. “The strike is taking place for other reasons,” he told Channel Ten Monday morning.

The strike comes two weeks after doctors declared a work dispute over government plans to prevent heads of departments from taking on “outside work,” treating patients privately. The new rule would apply to all heads of departments and surgeries, and require that 100 percent of their time be dedicated to public service. With that, doctors would be able to consult privately.

The reason for the new rule, according to the Health and Finance Ministries, both of which are sponsoring the legislation, is to shorten the time that patients who are to undergo elective operations will have to wait for their surgery. In recent months, officials in the Health Ministry have focused on the private activities of doctors as one reason for the delays, since a doctor who is earning more money on a private operation is likely to eschew his “day job.”

But the union said that the new rules violate long-standing understandings between doctors and the health system. Israeli doctors are generally paid less than their counterparts abroad, and permission to work privately is a way for them to make up the income. As a result, many doctors have entered into long-term agreements with health funds and private insurers, which they will now be forced to end.

The union said that it was protesting “the intention to cancel the rights of doctors and department heads to conduct private work, rights that have been in place for decades and that are based on previous agreements.”

Speaking in an interview Monday morning, Health Minister Rabbi Yaakov Litzman said that he had had never stated that department heads could not work privately at all. “I do not understand the purpose of this strike,” he said. “It has nothing to do with real life work conditions. The Health Ministry is in the process of reforming the medical system, and no one will stop us,” he added.