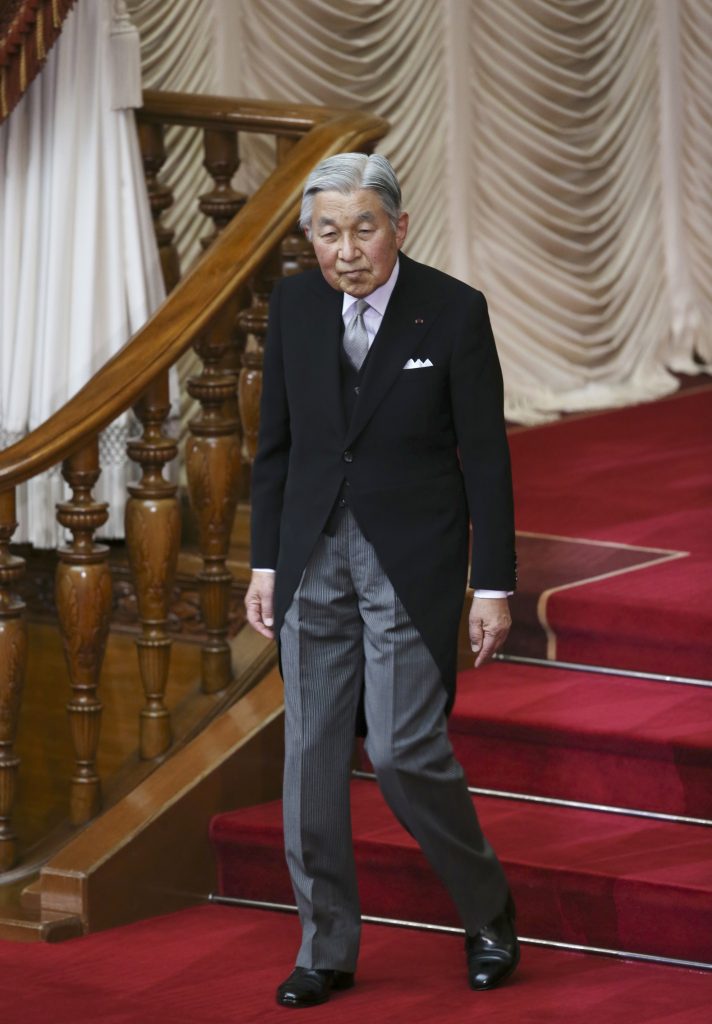 Japanese Emperor Akihito, 82, said in a rare video address to the public on Monday that he worried that age may make it difficult for him to fully carry out his duties.

In nationally broadcast remarks, Akihito also said there were limits to reducing the emperor’s duties as the “symbol of the state,” the status accorded to the monarch under Japan’s postwar constitution.

Public broadcaster NHK reported last month that Akihito, who has had heart surgery and been treated for cancer, wanted to step down in a few years – a move that would be unprecedented in modern Japan. Once considered divine, the emperor is defined in the constitution as a symbol of the state and the unity of the people, and has no political power.

Akihito stopped short of saying outright that he wanted to abdicate, which could be interpreted as interfering in politics.

“When I consider that my fitness level is gradually declining, I am worried that it may become difficult for me to carry out my duties as the symbol of the state with my whole being, as I have done until now,” he said. An English translation of his remarks was issued by the Imperial Household Agency, which manages his affairs.

Akihito is said to feel strongly that an emperor’s full performance of his duties is integral to his constitutional role, experts say.

Opinion polls show the vast majority of ordinary Japanese sympathize with the emperor’s desire to retire, but this would need legal changes.

The idea has sparked opposition from Prime Minister Shinzo Abe’s conservative base, which worries that debate on the imperial family’s future could widen to the topic of letting women inherit and pass on the throne, anathema to traditionalists.