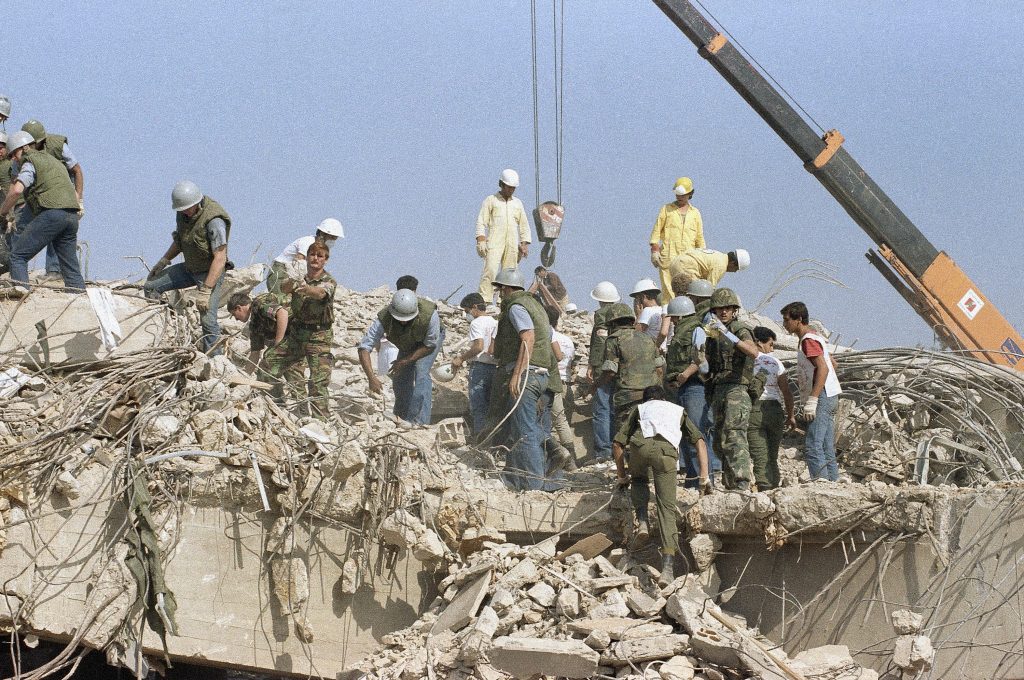 While writing that his letter “is by no means of [a] political nature,” Ahmadinejad’s message to Obama arrives amid swirling speculation that the hard-line politician may run as a candidate in Iran’s presidential election next year.

It also comes as average Iranian citizens largely have yet to see the benefits of Iran’s nuclear deal with world powers — something a discontent Ahmadinejad and other hard-liners could mine in any potential campaign against moderates.

In the letter, posted on a website associated with the former president’s office, Ahmadinejad focuses on the Supreme Court’s decision in April. The court’s 6-2 ruling allows families of victims of the 1983 Marine barracks bombing in Beirut and other attacks linked to Iran to collect monetary damages from Iran.

At risk for Iran is $1.75 billion in bonds, plus accumulating interest, owned by Iran’s Bank Markazi and held by Citibank in New York.

“It is the clear expectation of the Iranian nation that the particular case of property seizure … be quickly fixed by your excellency and that not only the Iranian nation’s rights be restored and the seized property released and returned, but also the damaged caused be fully compensated for,” the letter said.

“I passionately advise you not to let the historical defamation and bitter incident be recorded under your name,” Ahmadinejad added.

Ahmadinejad’s letter was delivered to the Swiss Embassy in Tehran, which has overseen America’s interests in the country in the years after the 1979 Islamic Revolution and U.S. embassy takeover. Embassy officials declined to comment.

It’s unclear what steps Ahmadinejad expects Obama to take. There was no immediate comment from the White House regarding the letter.

The timing of the letter, however, is interesting, as Ahmadinejad’s name continues to circulate as a possible challenger to moderate President Hassan Rouhani in Iran’s coming May 19 election. Rouhani’s administration negotiated the nuclear accord, which put limits on Iran’s atomic program in exchange for the lifting of crippling economic sanctions.

How Iranians would react to another Ahmadinejad run, however, remains to be seen if and when it happens.

Under his presidency, Iran found itself heavily sanctioned over the nuclear program as Ahmadinejad questioned the scale of the Holocaust and predicted the demise of Israel. His disputed 2009 re-election saw widespread protests and violence. Two of his former vice presidents have since been jailed for corruption.