Drivers, NJ Lawmakers Are Coming After Your Coffee 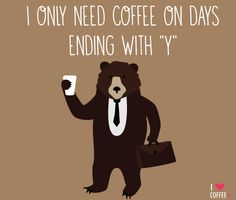 Gulp. Not only can’t New Jersey drivers pump their own gas, they soon won’t even be able to drink coffee behind the wheel.

Drivers would be ticketed under a bill winding its way through the state legislature.

But the bill’s sponsor says that he’s targeting all distracted driving and his measure doesn’t specifically cite coffee, despite recent news reports focusing on the beverage. Assemblyman John Wisniewski said he cannot imagine that a police officer would pull anyone over for drinking coffee.

Current law already prohibits texting or talking without a hands-free device. The new legislation is broader and would bar “any activity unrelated to the actual operation of a motor vehicle in a manner that interferes with the safe operation of the vehicle.”

Wisniewski says he sponsored the bill to avoid the need for new legislation every time technology changes. He introduced the measure seven months ago, but he has yet to bring it up for a vote in a committee he leads. It also never came up for a vote in the two previous legislative sessions in which he introduced similar bills.

Car safety groups supported the measure, with Arnold Anderson, a coordinator at the Essex County Community Traffic Safety Program, saying that it helps drivers break the habit of doing more than one thing while driving.

Wisniewski said he was surprised by reaction to the legislation. The outcry against the bill has been so strong that it has filled his inbox even more than when he proposed a 25-cent-per-gallon increase in the gas tax.

Twitter users were having a field day with the law, with some wondering if talking to another passenger was next on Wisniewski’s agenda.

“You have to take in effect the experience of the driver too,” Jason Tremblay tweeted at Wisniewski. “You need to rethink this bill. And impact on some businesses.”

This article appeared in print on page 1 of the August 9th, 2016 edition of Hamodia.