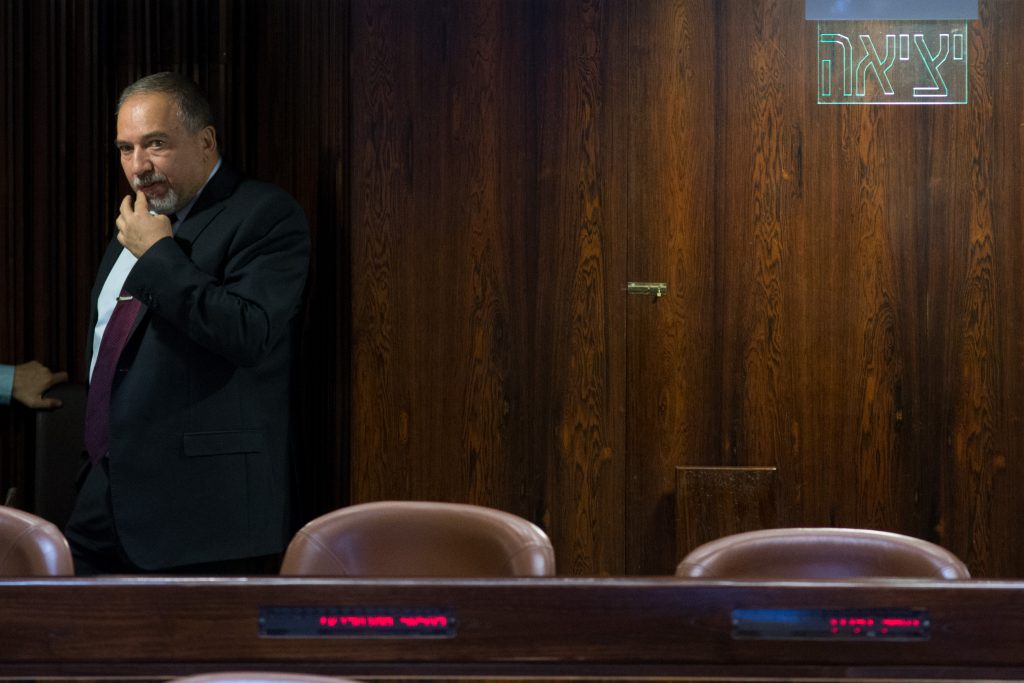 Defense Minister Avigdor Liberman backed down Monday from a statement issued Friday comparing the Iran nuclear deal to the disastrous 1938 Munich Agreement with the Nazis, which angered the White House.

Monday’s clarification claimed that Friday’s statement “was not intended to make a direct comparison, not historically or personally [with the major powers’ agreement with the Nazis]. We are sorry if it was understood differently,” the Ministry said.

It came in response to an Obama administration claim that today Israel also understands that the agreement with Iran was a good one, intending to make clear that such was not the case.

The original statement read: “The Munich Agreement didn’t prevent the Second World War and the Holocaust precisely because its basis, according to which Nazi Germany could be a partner for some sort of agreement, was flawed, and because the leaders of the world then ignored the explicit statements of [Adolf] Hitler and the rest of Nazi Germany’s leaders. These things are also true about Iran, which also clearly states openly that its aim is to destroy the state of Israel.”

Monday’s text reiterated the standard formula about bilateral ties, saying: “The state of Israel and the Israeli defense establishment will continue to work in close and full cooperation with the United States, in deep appreciation and mutual respect.”

However, it did not backtrack from the Ministry’s criticisms of the Iran deal itself. “Israel remains deeply worried that even after the nuclear agreement with Iran, the Iranian leadership continues to declare that its central goal is the destruction of the State of Israel, and continues to threaten Israel’s existence in words and deeds.”

The statement went on to list Iran’s “accelerating development of ballistic missiles capable of carrying nuclear weapons,” as well as regime propaganda events such as a Holocaust-denying cartoon contest and a military parade featuring missiles on which “erasing Israel” was written.