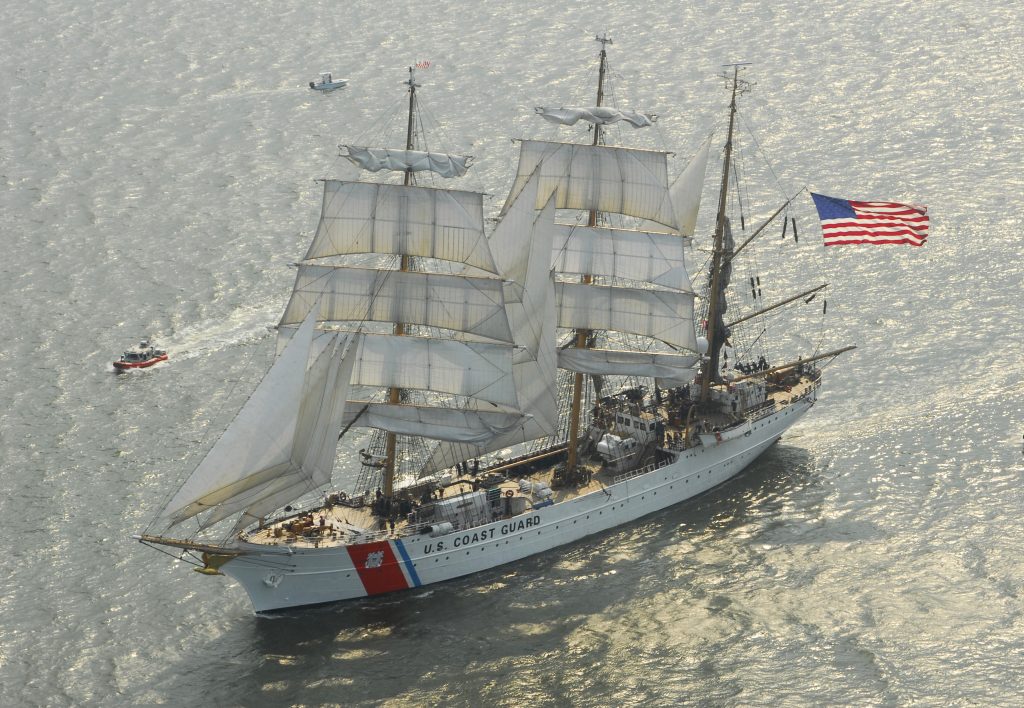 The only tall ship on active service in the U.S. military docked in New York City on Thursday to celebrate the Coast Guard’s 226th birthday.

The 295-foot-long Eagle sailed into New York Harbor. The 80-year-old, three-mast vessel serves as an officer training ship for Coast Guard cadets. Based out of New London, Connecticut, it was built by Germany and seized by the Allies during World War II. A Coast Guard crew sailed the ship to New York 70 years ago.

The Eagle is docked at Pier 86 on Manhattan’s West Side, next to the Intrepid Museum. Alexander Hamilton, the nation’s first secretary of the Treasury, is considered the father of the U.S. Coast Guard.