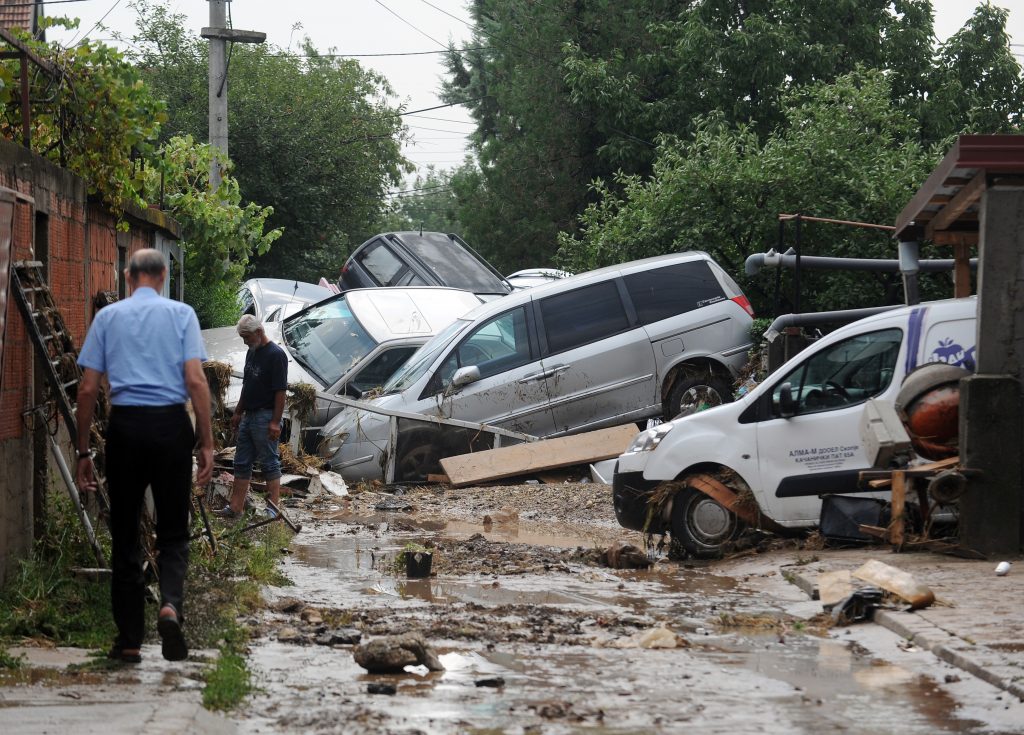 The Macedonian capital of Skopje has been hit by torrential rain and floods that left at least 17 people dead, six missing and sent 60 others to the hospital, authorities said Sunday as police and army helicopters searched for the missing and evacuated hundreds from the flood zone.

Heavy rain, strong winds and thunderstorms hit the city and its northern suburbs late Saturday. Special police, army units and firefighters were sent to the worst-hit areas as well as the nearby villages of Stajkovci, Aracinovo and Smiljkovci. Hundreds of homes and vehicles were destroyed by the floods, roads are still impassable and several areas are without electricity. Authorities said more than 1,000 people had been evacuated so far.

Skopje mayor Koce Trajanovski described the damage as “the worst Skopje has ever seen.”

After a meeting of the National Crisis Management Center, Health Minister Nikola Todorov said the death toll could soon rise. He said the government plans to declare a state of emergency shortly for two weeks in the most affected region.

“We can officially report 17 people dead and just while ago we have received the reports of three more deaths, so the total number will be probably 20 victims,” Todorov told reporters, adding that many of the injured had fractures and contusions.

Local media reported that most victims drowned in their houses when torrents swept through the area. Meteorologists said more torrential rain and strong winds are expected later Sunday.

Authorities urged people to stay at home and to only drink bottled water.

Further north in Croatia, stormy winds have disrupted road and sea traffic at the height of the tourist season.

The state news agency HINA says parts of the main highway connecting the capital of Zagreb with the Adriatic coast remained closed on Sunday. Only cars were allowed down the sections of a highway and a regional road further north near the port of Rijeka.

Disruptions created by the bad weather have clogged the roads, creating traffic backups among cars carrying tourists toward Croatia’s coastal resorts along the Adriatic Sea.