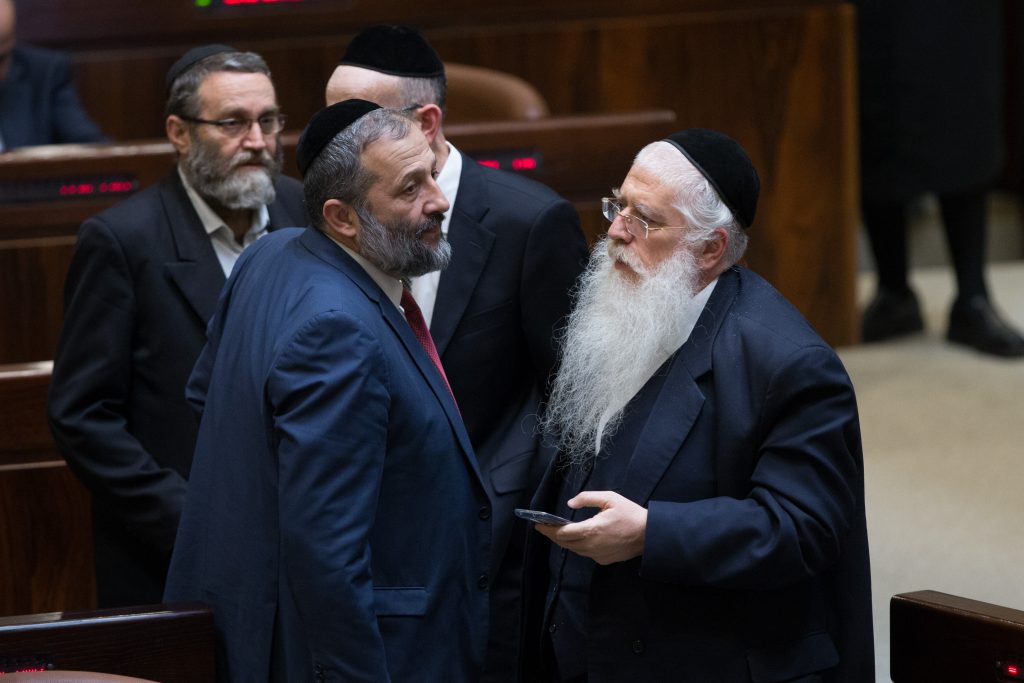 Strategic errors and chronic infighting in the Zionist Camp party appear to have taken a fatal toll on its image, according to a new poll that shows public support at its lowest ever, Arutz Sheva reported on Sunday.

The poll, conducted by Geocartographia for Army Radio predicted that if an election were held today, Zionist Camp—which combines Labor with the much smaller Hatnua party—would win only eight seats in the Knesset. Labor’s previous low was 13 in 2009. Currently they have 24 seats in the Knesset.

Zionist Camp chairman Isaac Herzog has been facing open revolt and demands for his resignation from segments within the party. The dissension was precipitated by recent comments that the two-state solution is an unrealistic goal at present, along with failed attempts to form a unity government with Prime Minister Binyamin Netanyahu.

The poll indicates that the Likud-led government has gained in comparison to the opposition. The four parties that comprise the opposition – the Joint List, Meretz, Zionist Camp and Yesh Atid – who currently have 53 seats, could expect to drop to 48.

The six coalition members, on the other hand, would rise from 67 seats collectively to 72, if elections were held today.

The chareidi parties have gained remarkably, rising from 13 seats in the present Knesset – seven for Shas, six for United Torah Judaism – to 18, with UTJ garnering an unprecedented 11 seats, compared to seven for Shas, an increase of three mandates over the last poll, which showed Shas barely making the electoral threshold.

Meretz and the Arab Joint List would retain their current strength, at five and 13 mandates respectively.

Yair Lapid’s Yesh Atid, however, was seen as surging to its highest level ever, doubling its strength from 11 to 22, making it the second party in the country.

The Jewish Home would be the other big winner, doubling representation from eight seats to 16, the same result shown in the last poll.