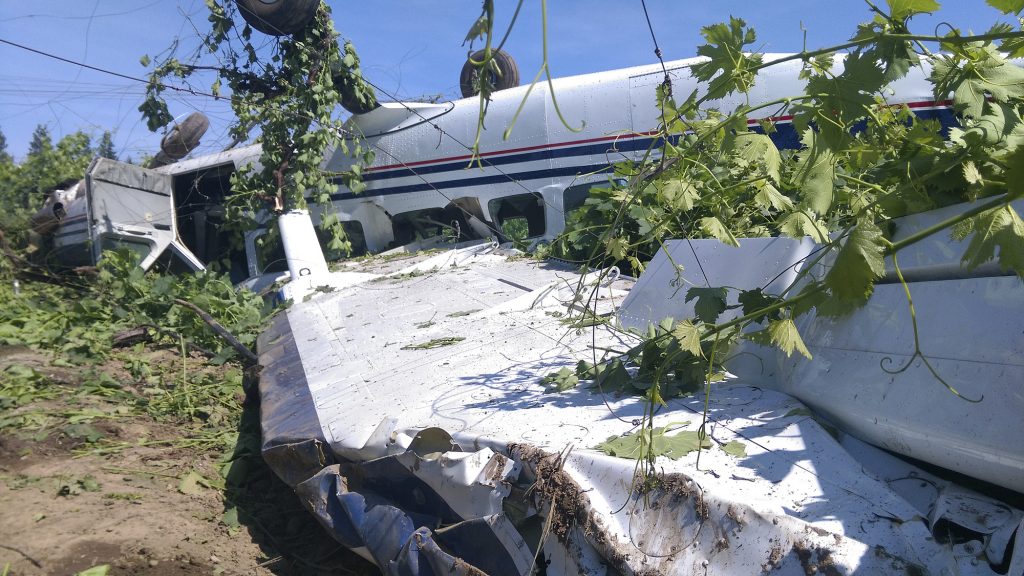 One of two skydivers who died plummeting into a Northern California vineyard was 18 and jumping for the first time, and his family was there watching when he hit the ground, the owner of the skydiving center and local authorities said Sunday.

San Joaquin County sheriff’s officials as of Sunday had not publicly identified the new skydiver or the skydiving instructor killed Saturday in Lodi, California, 85 miles east of San Francisco.

Authorities still were trying to reach one of the men’s family for notification, sheriff’s Sgt. Brandon Riley said Sunday. The other man was in his mid-20s, Riley said.

One of the two was from another country, said Bill Dause, owner of the Lodi Parachute Center, where the accident happened.

The young man jumping for the first time had a brother and several other people with him at the skydive center. The group with the 18-year-old man also was jumping Saturday, Dause said.

The younger man had been jumping in tandem with a skydiving instructor, a veteran who had about 700 previous jumps, Dause said. The sheriff’s office said Saturday the parachute did not open, and the two hit the ground. Deputies found the bodies in a vineyard just south of the center’s landing zone.

Dause told Sacramento station KCRA on Saturday that it appeared “something may have gone out of sequence in the jump.” Dause said Sunday he had no more information, partly because authorities were holding all the equipment used in the jump for investigation, he said.

The wind and other conditions were “perfect” at the time of the jump, Dause said. “Conditions had nothing to do with it.”

An exact cause will be determined by the Federal Aviation Administration.

The skydive center was in the news in May, when a small plane carrying 17 skydivers took off from there and landed upside-down after clipping a pickup. The worst injuries were minor cuts and scrapes.

In February, the Lodi News-Sentinel reported that a solo skydiver had died after a parachute malfunction at the center.