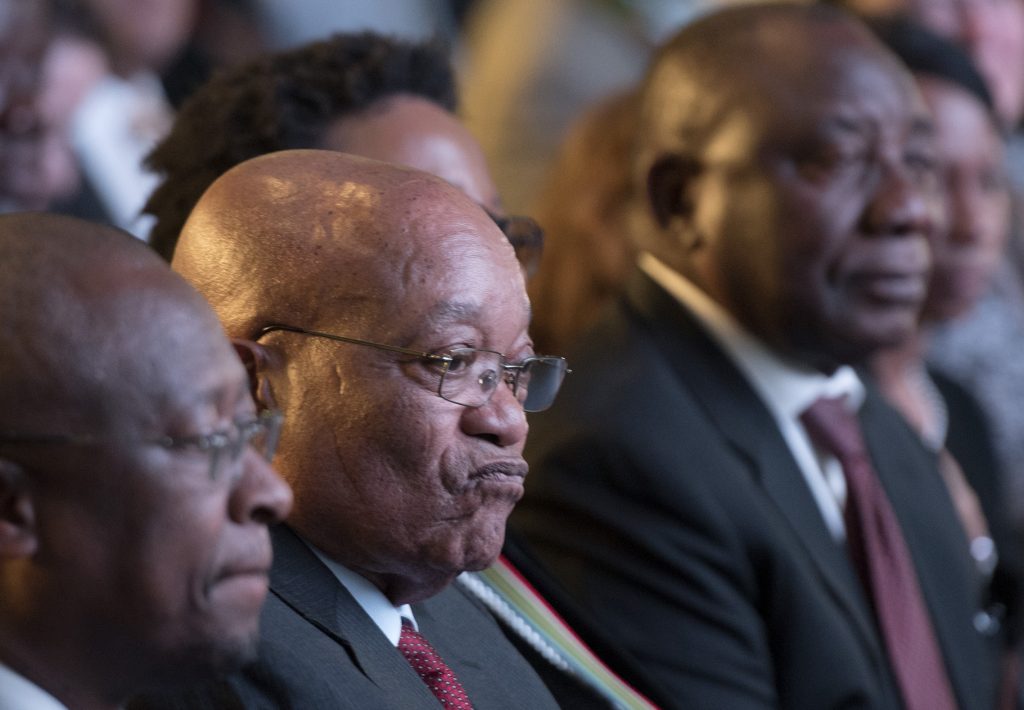 South Africa’s ruling party suffered its worst election setback since taking power at the end of apartheid a generation ago, with the African National Congress losing the capital, Pretoria, and its surrounding Tshwane metropolitan area. But it won a tight race for the country’s biggest city, Johannesburg, election authorities reported Saturday night.

The opposition Democratic Alliance, which named its first black party leader last year, made a strong move out of its stronghold in the city of Cape Town, winning in three of the country’s six largest municipalities. With no party reaching a majority in Johannesburg or Tshwane, the possible formation of coalition governments is the next challenge.

The election losses have threatened two decades of dominance by the ANC, the former anti-apartheid movement.

Since South Africa’s first all-race election in 1994, the ANC has had widespread support on the strength of its successful fight against white-minority rule, while bringing basic amenities to many people. But its hold has been weakened by corruption scandals and a stagnant economy that has frustrated the urban middle class, while poor communities demand better services in a country with one of the highest inequality rates in the world.

“Election after election, the ANC has hung on to its past glory and kept its place in the hearts of most South Africans. … This time round, though, it’s not enough,” the Mail & Guardian newspaper said in an editorial.

In a brief address shortly before final results were announced, the 74-year-old Zuma thanked South Africans for a vote he called largely peaceful, free and fair.

“Our democracy is maturing,” he said. “Let us get back to work and build our country together.”

The election was notable for its peaceful power shift away from an entrenched government in Africa, where some leaders have been in office for decades. In neighboring Zimbabwe, 92-year-old President Robert Mugabe has kept control since independence in 1980 with disputed elections and crackdowns on dissent.

Before this election, the ANC had never lost a major black-majority municipality. Now it has lost two, including Nelson Mandela Bay, named for the ANC’s star and the country’s first black president.

The Democratic Alliance already runs the country’s second largest city, Cape Town, the only major municipality where blacks are in the minority among white and mixed-race residents. The party, which has roots in the anti-apartheid movement, has declared that its brand is good governance.

“For far too long, the ANC has governed South Africa with absolute impunity,” the party’s leader, 36-year-old Mmusi Maimane, told reporters earlier Saturday. He said the idea that his party was a white one has been “completely shattered.”

The Democratic Alliance angered the ANC last month by declaring that it was the only party that could realize Mandela’s dream of a “prosperous, united and non-racial South Africa.”

Maimane immediately looked ahead to presidential elections. “The 2019 campaign starts now,” he said.

The ANC received 53 percent of votes across the country, its lowest percentage ever, with the Democratic Alliance getting 26 percent. A more radical opposition party, the Economic Freedom Fighters, contested the local elections for the first time and received eight percent of the vote nationwide after promising measures it says will help the poor.

The results for the ANC could put pressure on Zuma to leave office before his mandate ends in 2019, political analysts said.

The ANC has said “we will reflect and introspect where our support has dropped.” It retained support in many rural areas in a country where blacks make up 80 percent of the population.

Scandals swirling around Zuma have hurt the ANC. Opposition groups have seized on the revelation that the state paid more than $20 million for upgrades to Zuma’s private home. The Constitutional Court recently said Zuma violated the constitution and instructed him to reimburse the state $507,000.