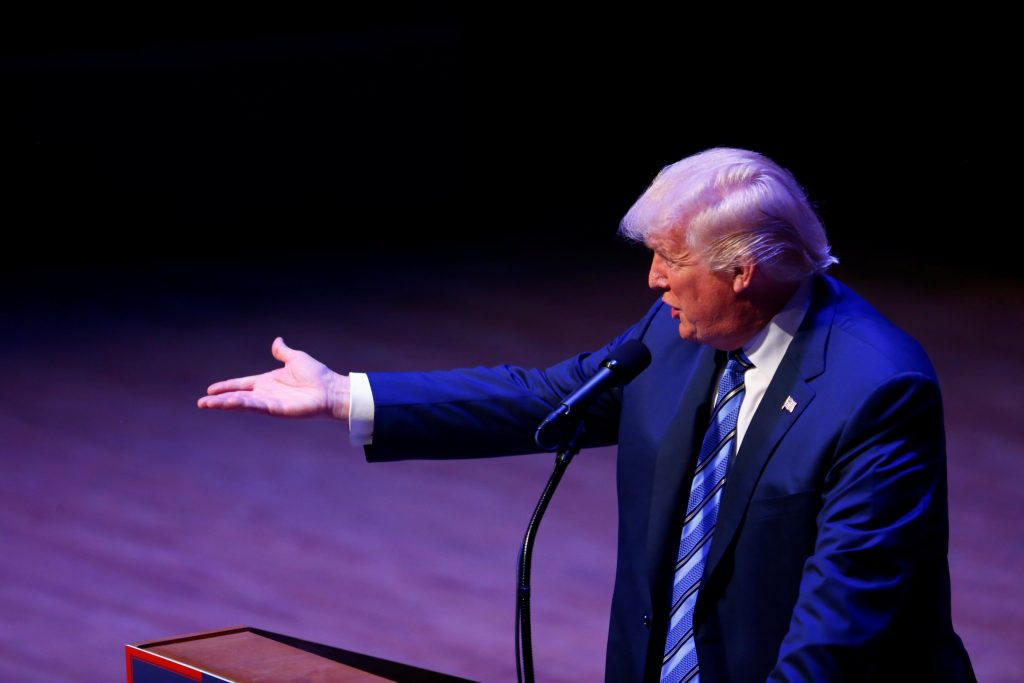 Donald Trump has made a rare admission he was wrong — in claiming he saw a video of a U.S. cash payment going to Iran.

On the campaign trail this week, the Republican nominee has been dramatically describing a video that he says shows the U.S. paying off Iran as part of a deal to release U.S. sailors from Iranian custody. But there’s no evidence such a video exists.

And on early Friday, Trump appeared to finally acknowledge his mistake, tweeting that “The plane I saw … was the hostage plane in Geneva, Switzerland, not the plane carrying $400 million in cash going to Iran!”

The U.S. indeed paid that money to Tehran in January, in a publicly announced settlement of a decades-old international arbitration case dating back to when Iranians paid Washington for military equipment they never received. The U.S. government denies the payment was ransom for the release of Americans, which may or may not be true.

The admission marked a stark and unusual reversal for Trump, who rarely admits to error. But it may end the brewing controversy around his false claim — one that recalls his unsupported contention early in the campaign that he saw video of Muslims in New Jersey celebrating the 9/11 attacks — instead of prolonging a potentially negative news story for the candidate.

To the frustration of Trump’s aides and fellow Republicans, the celebrity businessman has all too often proven unable to let go of a bad story, often instead fueling it — like he did this past week when he escalated a flap with the parents of a slain U.S. soldier who was Muslim — at the expense of the campaign’s message.

“I’ll never forget the scene this morning. And remember this: Iran — I don’t think you’ve heard this anywhere but here — Iran provided all of that footage, the tape of taking that money off that airplane,” Trump told supporters at a rally in Daytona Beach, Florida.

“Now, here’s the amazing thing: Over there, where that plane landed, top secret. They don’t have a lot of paparazzi. You know, the paparazzi doesn’t do so well over there, right? And they have a perfect tape. Done by obviously a government camera. And the tape is of the people taking the money off the plane, right? That means that, in order to embarrass us further, Iran sent us the tapes, right? It’s a military tape. It’s a tape that was a perfect angle, nice and steady, nobody getting nervous because they’re gonna be shot because they’re shooting a picture of money pouring off a plane.”

But several senior U.S. officials involved in the Iran negotiations have told The Associated Press they weren’t aware of any such footage. Instead, the campaign said in an email late Wednesday that Trump was simply referring to footage “shown on all major broadcasts this morning.”

A Trump spokeswoman told the Washington Post, the video Trump saw was grainy nighttime footage of people getting off a small plane, holding bags. “Geneva, January 17,” the footage is clearly labeled. Trump apparently assumed that this footage depicted the cash transfer — and concocted the story on his own about how the footage was acquired and the motivations for its release.

Perhaps even more unbelievably, Trump then repeated his original claim Thursday at a rally in Portland, Maine — even after his campaign said that Trump had been mistaken.