Community Fund-Raising to Save French Jews at Home of Satmar Rebbe, Zy”a
Community 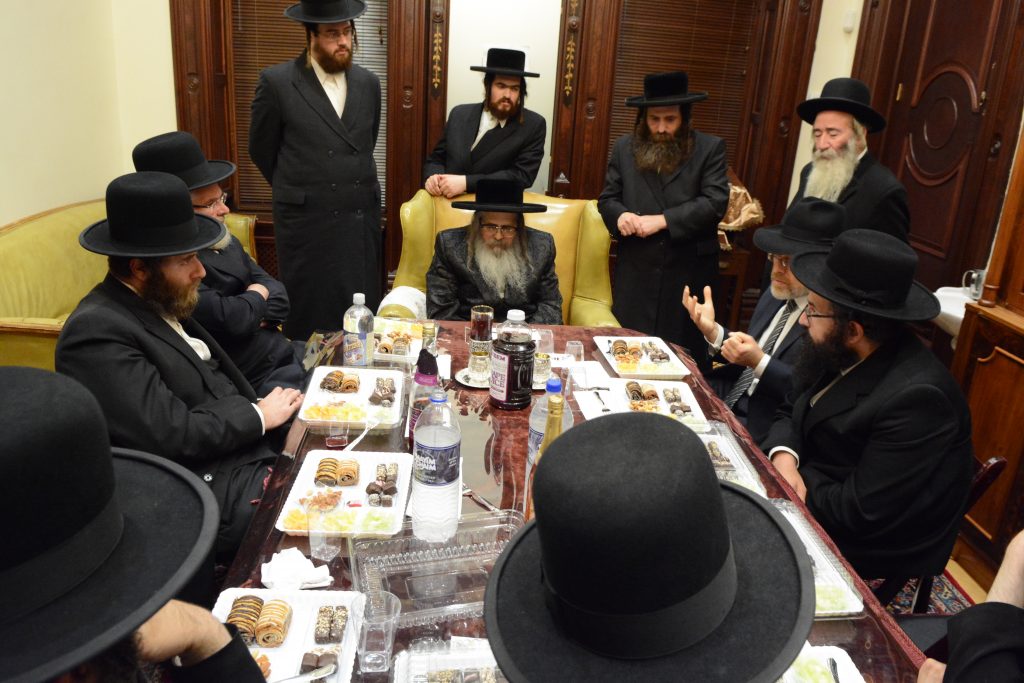 The Rebbe called for the mesibah to help raise funds for the chinuch of children of French olim. The mesibah was arranged by Reb Moshe Shmuel Zupnick.

As we have covered in great detail, the Satmar Rebbe is one of the Gedolim who is spearheading the efforts to help the thousands of French Jews who emigrate to Eretz Yisrael in recent years, due the declining security situation in France. Once in Eretz Yisrael, however, the Jewish Agency is sending the children to schools that are barely religious — with much lower standards of Torah education and religious practice than these Yidden had in France. Within a short time, the attitude of the children toward Torah and mitzvos plummets. The parents are often still busy acclimating themselves to a new country, and by the time they realize what is happening, it is too late.

In recent months, the Rebbe, with other Gedolim, have held numerous events to this end, for the common cause of hatzalas nefashos in Klal Yisrael.

In the words of the Satmar Rebbe, “The French children are in their own galus — the galus of schools in which they cannot remain frum. If we want the Ribbono shel Olam to take us out of our galus, we must help take them out of their galus.”