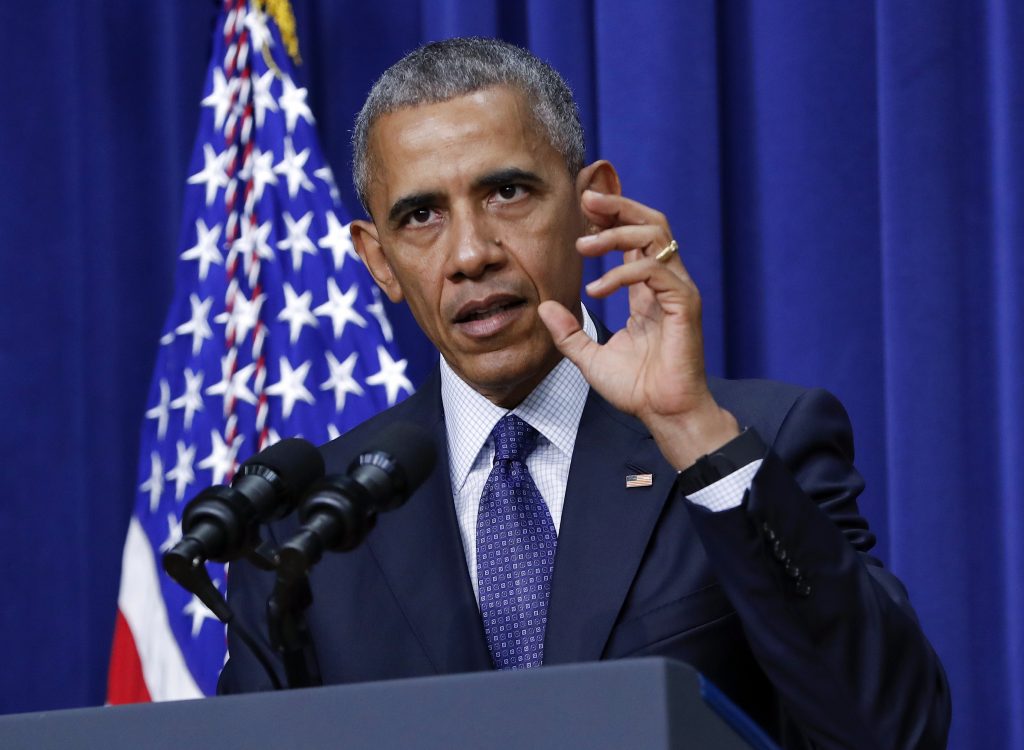 After a slow start, it appears increasingly likely that the Obama administration will hit its goal of admitting 10,000 Syrian refugees into the United States before the end of September.

That’s more than what occurred during the entire seven months after President Barack Obama directed his team to prepare for 10,000 admissions from the war-torn country. Total admissions for the current budget year now come to about 7,900, and the vast majority of them are Sunni Muslims, records show.

If the pace from June and July continues this month, the target should be reached with a couple weeks to spare before Obama heads to the United Nations to urge world leaders to admit more refugees and to increase funding for relief organizations. The U.N. General Assembly is holding a summit to address the large movements of refugees and migrants that stems primarily from conflicts in the Middle East and Africa.

Obama would have been hard-pressed to make the case for other countries to do more with the U.S. failing to reach a goal that amounts to only about 2 percent of the 480,000 Syrian refugees in need of resettlement.

Organizations that help relocate Syrian refugees said the White House and other administration officials have grown increasingly confident of hitting the target.

“They put more resources on it, which is allowing more individual’s to be processed and therefore able to travel,” said Stacie Blake, a spokeswoman for the U.S. Committee for Refugees and Immigrants, one of nine groups that help resettle Syrian refugees.

Obama’s call for 10,000 entries this year was criticized by most Republican governors and the GOP presidential candidates, who argued that the government lacked an adequate screening system to prevent suspected terrorists from slipping into the U.S.

Extremist attacks in Europe and the U.S. have increased concerns about immigration. An Associated Press-GfK poll conducted in early July showed that 69 percent of Republicans say they favor the temporary ban on Muslim immigration. Overall, Americans opposed such a ban by a margin of 52 percent to 45 percent.

Rep. Vern Buchanan (R-Fla.) sent a letter to Obama on Thursday calling on him to stop accepting Syrian refugees as a matter of national security.

“We are seeing a clear pattern in which a number of recent attacks have been carried out by ISIS terrorists with ties to Syria,” Buchanan said, using one of the acronyms for the Islamic State group. He cited the killing of a French priest, the murder of a German woman with a machete and a bombing at a German music festival as examples.

The White House has emphasized that the screening process for refugees takes 12 months to 18 months and includes in-person interviews and a review of biographical and biometric information. The administration also has said it is focused on bringing in refugees who are in the most desperate situations, such as families with children and those in need of medical care. In the year prior to Obama’s new target, the U.S. accepted about 1,680 Syrian refugees.

“We are very comfortable that we are bringing people in who will be a great plus to our country.” Kerry said.

Kerry said that “not one event in the United States, of terror” has been committed by a refugee allowed to resettle in the U.S.

But two Iraqi refugees were arrested in 2011 for plotting to send weapons and money to al-Qaida operatives fighting against U.S. troops back in Iraq. The scheme was foiled, but the case did leave jitters about whether extremists could slip in among the Syrian refugees.

“We believe … the people who are fleeing Syria are the most harmed by terrorism. They are parents. They are children. They are orphans,” Kerry said. “It is very important that we do not close our hearts to the victims of such violence.”

Kerry also applauded Argentina’s pledge to resettled 3,000 Syrian refugees in the South American country and said the United States is committed to working with the government there on security issues.