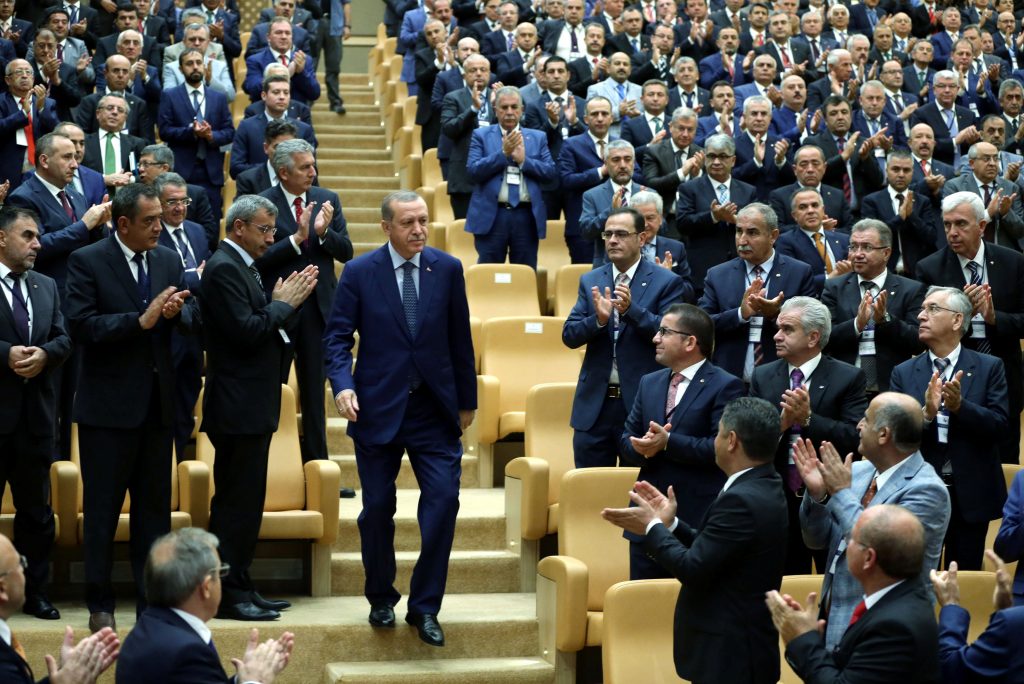 Turkish President Tayyip Erdogan vowed on Thursday to cut off the revenues of businesses linked to the U.S.-based Turkish cleric he blames for masterminding a failed coup, describing his schools, companies and charities as “nests of terrorism.”

Business was the arena in which the network of Fethullah Gulen was still the strongest, Erdogan said in a speech at the presidential palace broadcast live on television, vowing to show no mercy in a crackdown on the cleric’s interests.

Erdogan accuses Gulen of harnessing his extensive network of schools, charities and businesses, built up in Turkey and abroad over decades, to infiltrate state institutions and build a “parallel structure” that aimed to take over the country.

More than 60,000 people in the military, judiciary, civil service and education have been detained, suspended or placed under investigation for alleged links to Gulen’s “Hizmet” (Service) movement since the July 15 coup attempt.

“They have nothing to do with a religious community, they are a fully-fledged terrorist organization. … This cancer is different, this virus has spread everywhere,” Erdogan said in a speech at the presidential palace to the heads of chambers of commerce and bourses.

“The business world is where they are the strongest. We will cut off all business links, all revenues of Gulen-linked business. We are not going to show anyone any mercy,” he said, describing the detentions so far as just the tip of the iceberg.

Gulen, who has lived in self-imposed exile in Pennsylvania since 1999, has denied plotting against the state and has condemned the coup attempt, in which rogue soldiers commandeered fighter jets, helicopters and tanks, bombing parliament and seizing bridges in a bid to seize power.

The Turkish authorities had already seized a bank, taken over or closed several media companies, and detained businessmen on allegations of funding the cleric’s movement ahead of the failed coup attempt.